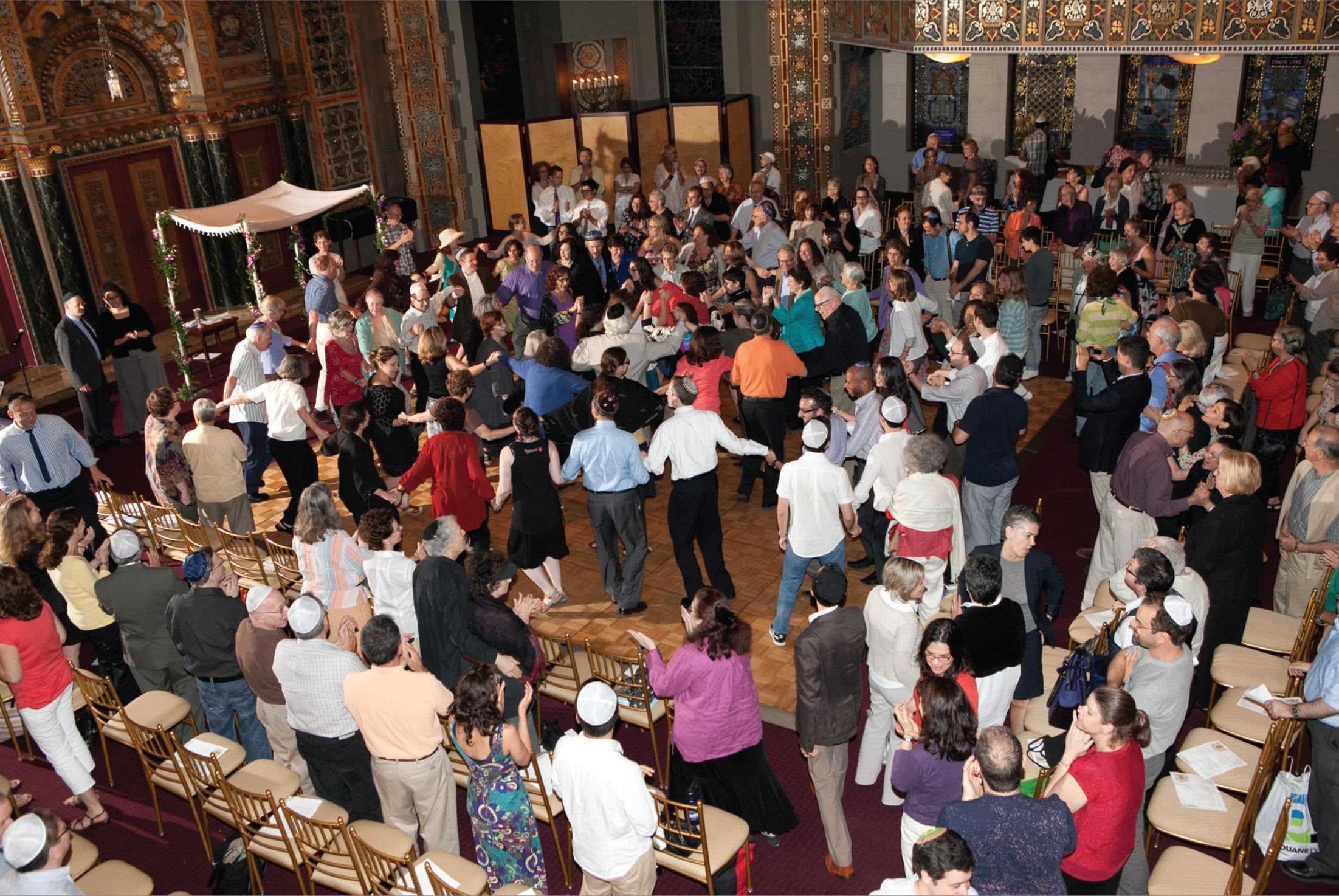 Looking Back: How BJ Members Advocated for Marriage Equality in New York

When people ask me why I’ve spent so much time, effort, and energy working for LGBTQ+ equality, my typical answer is that I am a PFLAG Mom.

Our son, Zack, came out to us as the last guest left our second seder in 2003. He knew we would be supportive, yet he was still nervous to tell us. And that broke my heart and made me wonder how other kids manage with their families.

I was swept into activism pretty quickly. A colleague of mine at the New York Stock Exchange was on the board of PFLAG, the oldest and largest LGBTQ+ organization focusing on parents and families as well as LGBTQ+ youth.

I went from not knowing much to holding a seat on the PFLAG National Board of Directors. I brought a unique set of skills to the table—as I would tell people, it’s a really bad idea to tell a Jewish mother that one of her kids should not have the same rights as anyone else. And my day job as Executive Vice President of Human Resources for the New York Stock Exchange helped me easily make the economics case with State Senate and Assembly members and our Congressional representatives. 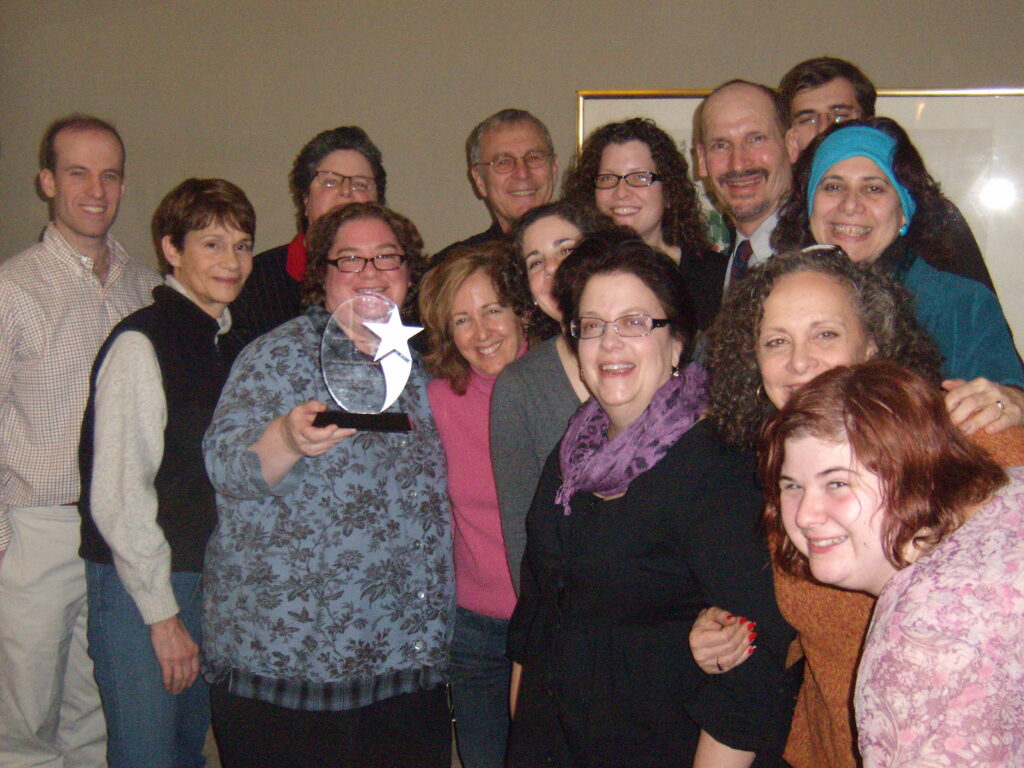 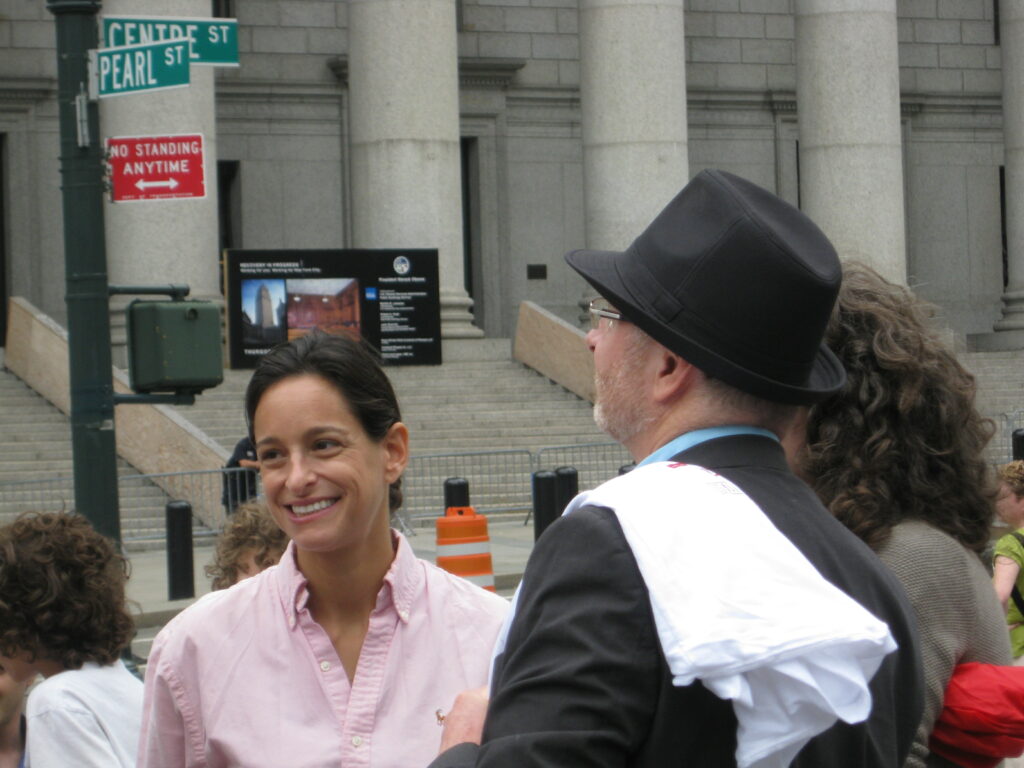 With all this in my background, I chose to fight for marriage equality in New York state through the Marriage Equality Hevra (group) at BJ. Why? Because we needed the faith-based voice loud and clear in this fight. Because we had committed rabbis who were willing to speak from the bimah, talk to their peers, and march in Albany and across the Brooklyn Bridge with us. The social justice voice from BJ was heard loud and clear in the state capital.

At that time, BJ did much of its social justice work through discussions within Panim el Panim (literally “face to face”), its social justice initiative, getting ever-increasing large groups to listen to us and address social justice issues. Panim’s mission was to identify injustices that we should address—and could address. We had to find a way that we, the BJ community, could make a real difference and play a key role in change. We always partner with other like-minded groups, so we decided to work with the Empire State Pride Agenda and Marriage Equality New York.

The work of Panim was long and hard. The Hevra had been created a number of years before I was involved. There were countless meetings and discussions. We designed and then challenged strategies as the political landscape changed. And we lived through some major defeats, such as in 2009 when the New York State Senate failed to approve the equality bill that had already been passed several times by the New York State Assembly.

We took some time to lick our wounds and then got back into the fight.

We enlisted rabbis and congregations in many districts with reluctant state senators. We lobbied diligently in Albany. And we learned techniques from other groups—like handing a senator a picture of my then 80-year-old aunt and her partner, with the caption that said not everyone had time to wait for them to get their act together. Or showing a picture of our two sons, asking senators which one they thought should not be allowed to marry. 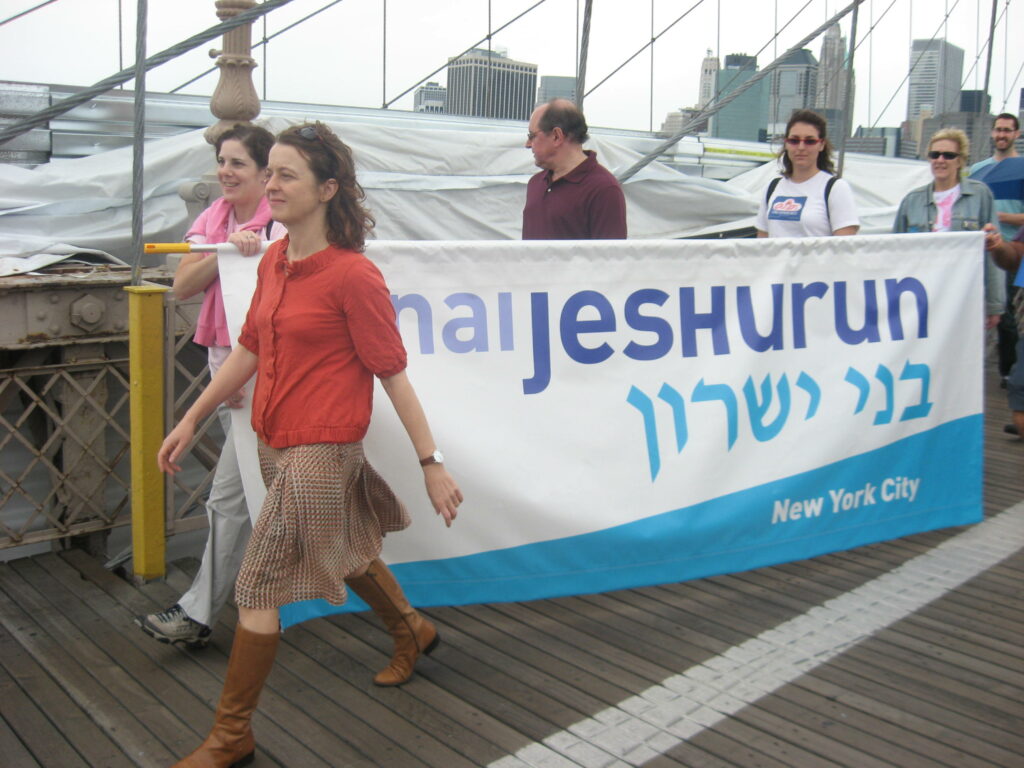 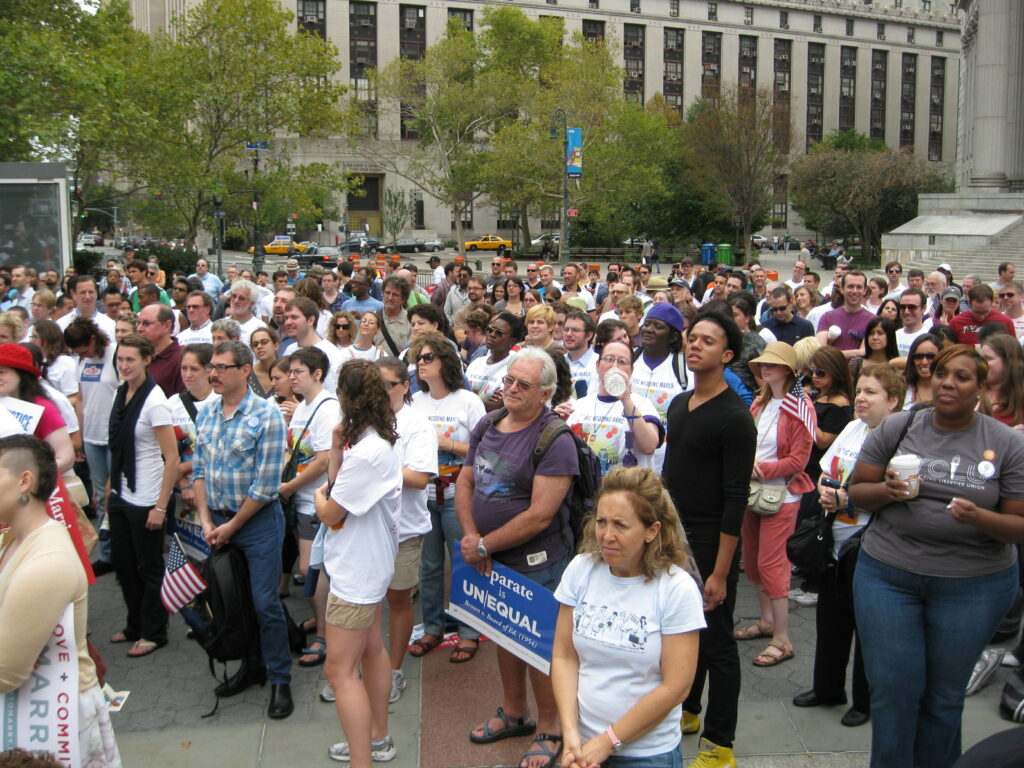 We were invited to join a “grass tops” group of activists planning the final strategy in Albany.  One member of our team tracked down the rabbi of the Republican senator who turned out to be the deciding vote, and we pushed hard for him to do the right thing.

In June 2011, everything was in place. The New York State Senate usually has a hard stop to its legislative year. But it was the last week of June, and there was still no vote on marriage equality. It came down to Friday, June 24—the last day of the legislative session.

We reached out to all the Hevra members. There wasn’t much left we could do. We all met at BJ for Friday night services so that at least we could be together. 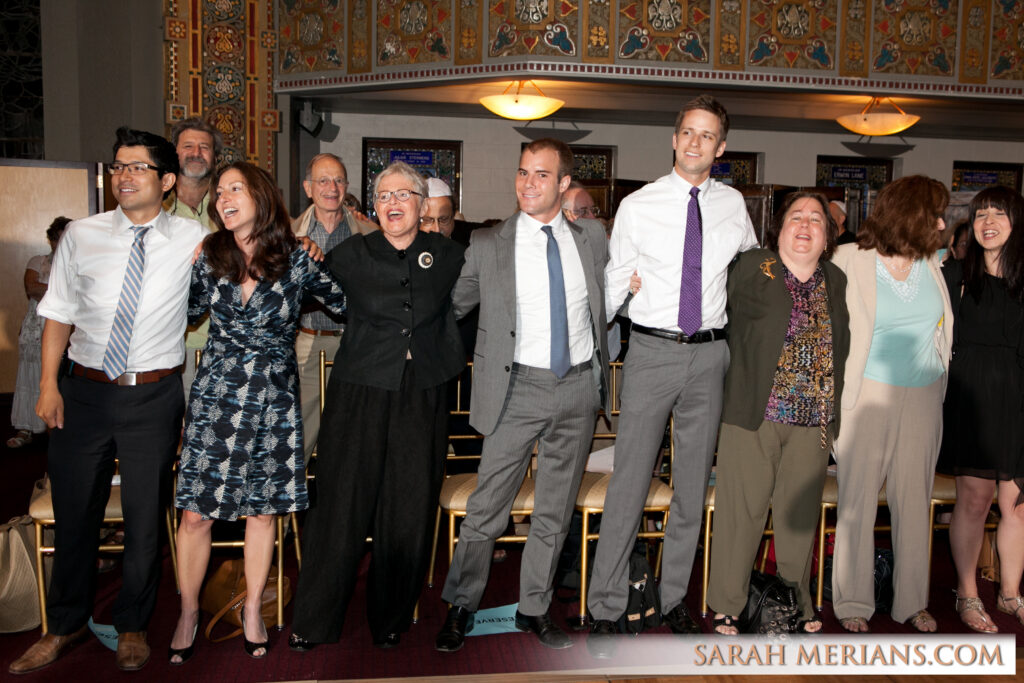 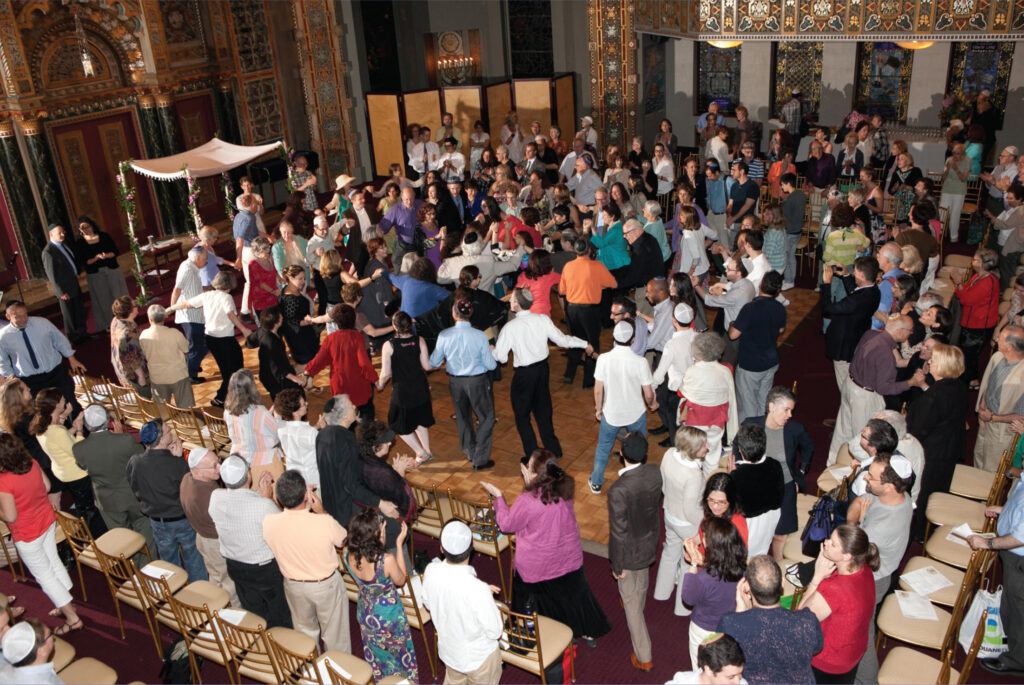 After services, everyone came back to our apartment. (We may have had the TV already tuned into some obscure station that carries New York State Senate sessions.) We sat there with Shabbat pizza and lots of tension.

And then it happened.

An Upstate Jewish Republican State Senator cast the deciding vote and marriage equality in New York became law. And weeks later, BJ threw an epic “wedding” ceremony for the right of those who love each other to marry, regardless of who they love.

It’s interesting to reflect on how quickly we start to take these rights we fought so hard for not all that long ago for granted. While we know the rights of the LGBTQ+ community are preserved in New York State thanks to this legislative victory and many others over the years (but, of course, there’s always room for more progress), we fear the day when a Supreme Court may overturn marriage equality nationwide.

There have been close to 240 anti-LGBTQ+ pieces of legislation proposed across the county in just the first five-and-a-half months of 2022, many of which are focused on transgender and non-binary community members. Youth are attacked regularly and book bannings continue to rise. We clearly have more work to do, and need to use our voices to protect what we have gained and reach out a hand to ensure we pull others up with us. We need the rights of those who identify as LGBTQ+ codified into law, federally, so that no one can take them away so easily.