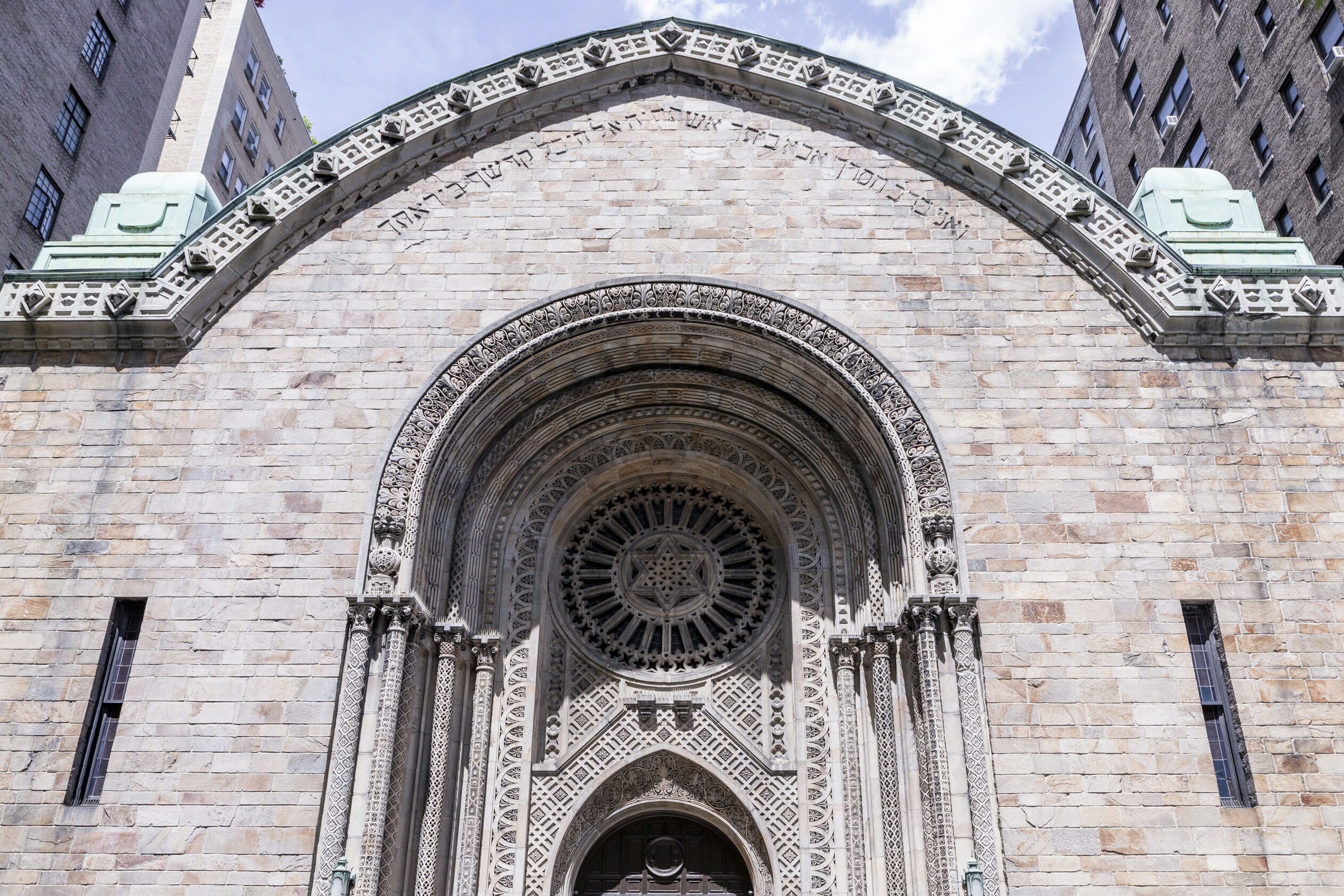 There are more refugees and displaced persons in the world today than at any time since World War II.

Conflict, persecution, and climate change are driving millions from their homes, leaving them stateless and vulnerable. Since 2016, our committee has been actively working to address the crisis. Through partnerships with HIAS, Church World Service, Rutgers Presbyterian Church and other organizations, we are educating our community about this issue and offer opportunities to volunteer, advocate, and raise our collective Jewish voice.

In light of the tragic circumstances faced by the people of Ukraine and Afghanistan, BJ is launching several new initiatives to help citizens from those countries.

Join us as we continue the momentum and coalition-building.

Recently-arrived refugees and asylees find suitable employment opportunities as they seek to establish new lives in the New York metropolitan area. The clients we assist all have full legal status to live and work in the US, with no sponsorship or other immigration assistance needed from their prospective employers.

The Refugee Employment Partnership (REP) was formed in 2017 by members of B’nai Jeshurun and is now co-sponsored by Rutgers Presbyterian Church and includes other members of the local community. Our volunteers work in finance, law, media, health care, real estate, education and non-profits. Our Program Administrator works closely with our employer and NGO partners, volunteers and clients to support all aspects of our program.

Volunteers are needed as mentors to help refugees with job hunting and we are looking for employers who are interested in considering our highly motivated clients for entry level jobs. Please reach out if you can connect us with good employers and jobs or want to learn more about becoming a mentor.

Under the current system of refugee resettlement, the federal government works with a network of NGOs who are directly responsible for resettling each refugee–this includes helping them find access to housing, employment, medical care, schooling, English instruction, and otherwise establish local connections and begin to integrate into the community. These NGOs often enlist local community groups to help them with these efforts.

Speaking with the refugee resettlement organizations and other social service organizations supporting this population, we discovered that one of their greatest needs is helping recent refugees find suitable and attractive employment. These organizations face staffing and funding constraints, particularly in the current political environment, and despite the dedication of their personnel, often lack the resources, connections and business expertise to build a network of interested employers, to take the time to understand their needs, and to help match candidates with potential opportunities.

Our clients have a range of English language skills and work experience. Some speak English quite well, having been raised speaking English or studied at home extensively; some have even been translators for the United States military. Others have been learning only since their arrival, achieving varying degrees of proficiency. Some have professional backgrounds including accounting, engineering, or other highly marketable skills. Others are fairly low-skilled but are eager to learn and ready to work very hard. We work closely with each client to assess their strengths and abilities so we can match them with appropriate job opportunities that will set them up for success and best meet the employer’s needs.

This team works directly with refugee and immigrant families, in partnership with resettlement organizations like HIAS, Catholic Charities, and the International Rescue Committee. Agencies refer families and individuals to us, and we form Good Neighbor Teams of two to five people who can provide individualized support to these refugees or immigrants as they adjust to their new homes. This assistance might be a one-time opportunity—such as providing furniture and other household items⁠—but it can also be the start of a long-term relationship. Opportunities for providing ongoing support include helping with school registration, assisting in enrolling families in benefit programs, helping families arrange and travel to medical appointments, driver pools, English-speaking practice, or grocery shopping and food preparation (e.g. in times of illness, when a new baby arrives).

This team engages our volunteers in a series of three-week workshops designed to assist newly-arrived refugee, asylee and documented immigrant students who study at Riverside Language Program (RLP)—on of our valued partner organizations. Volunteers are needed to lead the workshop and to provide resume-writing guidance and post-graduation mentorship.

The Job Readiness Team has scaled back its work during the pandemic. Some aspects of their efforts, including volunteer opportunities, have been put on pause.

Volunteers offer the workshop over a three-week period three times per year. Currently, the workshops are offered between 9:30 and 11:00AM on three consecutive Wednesdays. Volunteers are trained to co-teach the workshop with an experienced BJ teacher/volunteer. Volunteers do not need to have expertise in the substantive focus of the workshop but prior teaching or presenting experience is helpful.

Workshop mentors are needed during during the second and third sessions of the workshop. At the end of week 1, students are asked to draft a resume and bring it to the next week’s workshop. Mentors work with students one on one to help them develop and refine their draft resumes for about 90 minutes each of the last two sessions. Workshop mentors observe session 1 where we teach resume writing before they mentor in session 2 and 3. This provides all the information they need to help students with their resumes.

Mentors meet with RLP students after they have graduated from RLP’s six-week, full-time language program. We attempt to match interested students with mentors whose backgrounds fit the student’s career objectives. These mentoring meetings are arranged at a time and place that are suitable for both the mentor and student. The focus of these meetings may include assistance with writing resumes and cover letters, networking, defining what additional training or certification the student needs to pursue their career goals, or conducting mock interviews, and more.

This group is working with the Safe Passage Project, an organization that provides pro bono representation for children under the age of 21 in immigration proceedings. Many of these children have fled life-threatening situations in their home countries, do not speak English and are survivors of trauma. Safe passage is looking to train 250 volunteer attorneys and fluent Spanish-speakers to assist immigrant youth.

The Pro Bono Legal Assistance Team has scaled back its work during the pandemic. Some aspects of their efforts, including volunteer opportunities, have been put on pause.

In December 2017, the B’nai Jeshurun Board of Trustees unanimously voted to declare BJ a sanctuary congregation, one that will stand by immigrant communities in this country.

By making this formal declaration, we have added our name to the list of faith institutions across the U.S., including over 40 synagogues, who have publicly affirmed their religious commitment to keep America a safe and welcoming home.

In the summer of 2019, during a time of increased threats to undocumented immigrants, our partners asked local congregations in targeted cities to serve as short-term sanctuary locations. Taking sanctuary in a house of worship may be useful for a short time (a few hours, a day, or an overnight stay) to help an immigrant feel safe and calm, rather than panicked, and to get information on what to do next, so they can make reasonable plans. This would usually happen in the event of immigration raids or acts of hate occurring in the area. BJ is a short-term sanctuary site, approved to offer short-term sanctuary to individuals who are in need of refuge for a brief period of time.

When our partner SPSA provided sanctuary to Debora, an undocumented immigrant, and her daughter, BJ members joined the support team; we brought meals, shopped for groceries, and provided other resources. We also participated in visits and vigils at ICE offices to request a stay of deportation, while Debora’s legal team worked on her case. We are thrilled that in the fall of 2019, Debora’s appeal for asylum was reopened, and she has been granted a stay of deportation until her case is heard! Debora and her daughter have been reunited with the rest of their family outside of New York City.

In June 2016, BJ initiated and helped create the Synagogue Coalition on the Refugee & Immigration Crisis (SCRIC), which is now comprised of 17 synagogues and three nonprofit organizations in Manhattan. The Coalition’s initial goals were to share information and work together on the refugee crisis. In response to the national election, our involvement was expanded to include immigrants.

Today, SCRIC is even more urgently needed. Our coalition is entirely led by members of the various congregations from a variety of Jewish denominations and Jewish nonprofits with the support of our individual clergy.

We organize our members to advocate for additional funds for the entry of refugees and to act against unjust immigration policies by educating individuals and fostering institutional collaboration and joint action.

We serve refugees and undocumented immigrants with, educational information, material possessions, legal assistance and personal support throughout the immigration and resettlement process.

We advocate for legislative and regulatory changes that will raise quotas, increase funding, mandate administrative openness and reduce obstacles to permanent residence and protect those awaiting deportation and their families.

Show your support for immigrants, refugees, and asylum seekers as they build new lives here in the United States. Consider making a contribution to our Fund to Support Immigrants, Refugees, and Asylum Seekers.