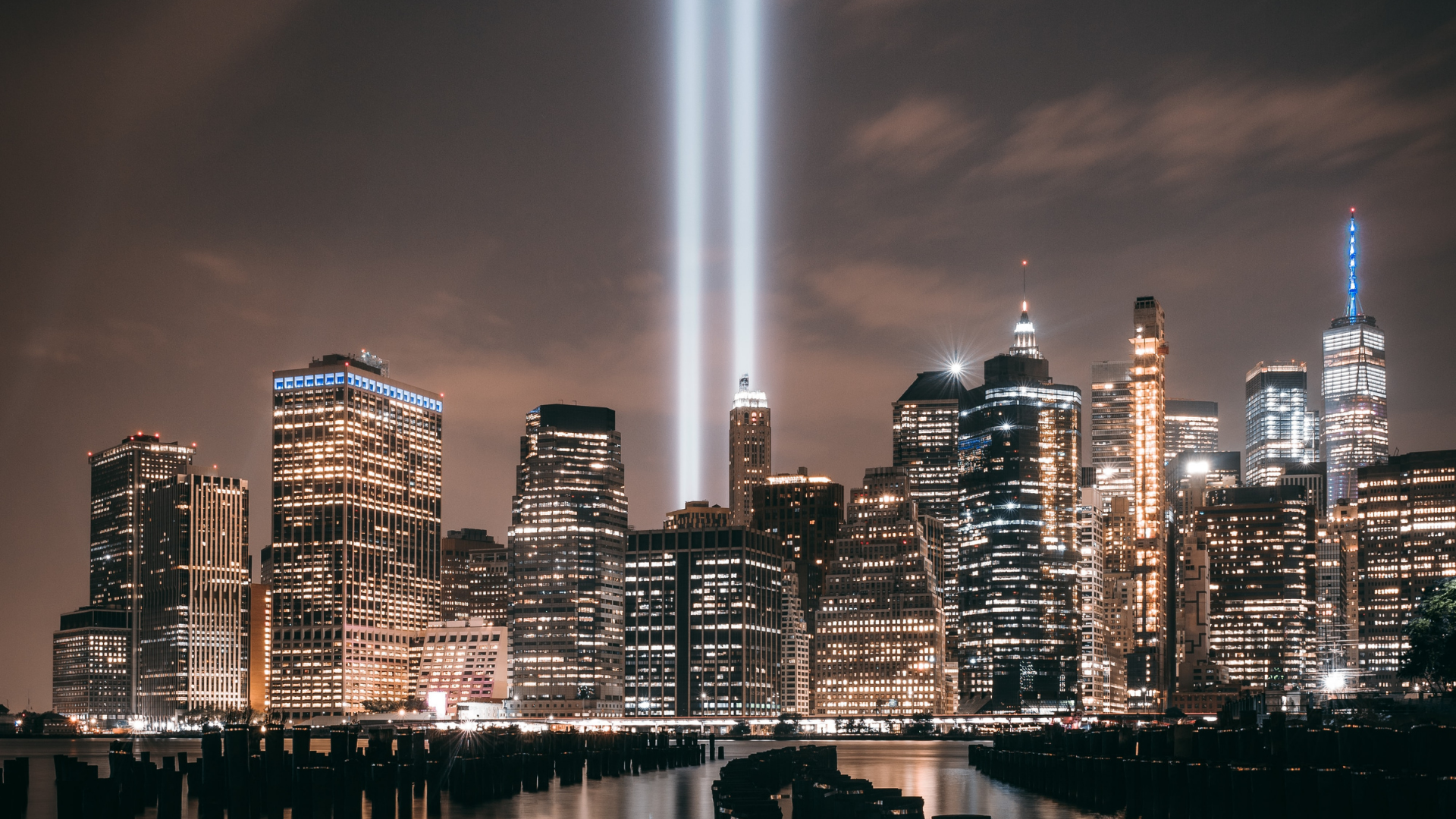 On the 20th anniversary of the September 11 attacks, we reflect on how it affected our community as well as those who volunteered from BJ in the aftermath.

A mere few days after the attacks (on September 25), 150 community members were volunteering at Ground Zero. In total, more than 800 members from the BJ community volunteered. They sought to create comfort at a truly frightening time so that those in need had the support they so deserved.

Below are a few first person accounts from BJ members who were kind enough to share their experiences back in 2001. On this 20th anniversary, it’s important we recognize the bravery and courage displayed during this fateful moment in time.

“There is no order to what follows, simply the words of people blessed with the opportunity to assist where needed, forming their own community within the larger one.” – Kol Hadash, December 2001 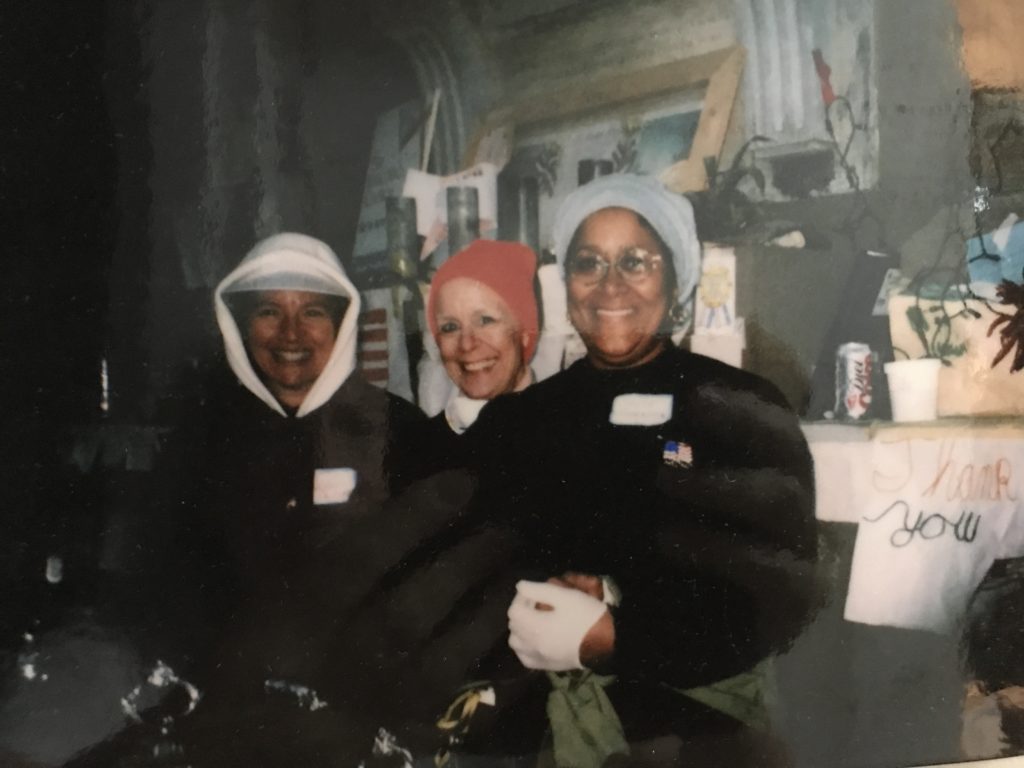 “The rhythm and emotions of the day had been very up and down. We’d experienced frustration, anger, boredom, euphoria, depression and awe at the magnitude of what surrounded us and the overwhelming and staggering nature of what lies ahead. Late in the day, while we stood outside of Saint Paul’s serving dinner to the hundreds of rescue workers, I noticed that it was almost dark. The 12-hour day had passed and it was somehow, suddenly, close to the end of our shift. At that moment, I was reminded so much of how it feels on Yom Kippur to suddenly realize that the sun is setting and the expanse of the day and the fast are almost over. It was as if the windows of the Ground Zero sanctuary were suddenly dark but we all felt that we could have continued for hours longer and regretted that we had to go back to the outside world. It was like a pre-Yom Kippur or as if Yom Kippur came twice that week.”

“I could not believe what a sight it was. I cannot believe that what I experienced is actually in New York City/my home!! It really is a war zone down there and the army and NYPD who are manning the security really tells you how serious a crime scene this has become. They took down part of the remaining rubble of the WTC, a large piece of the frame that was stuck in the ground nicknamed “the potato chip” because of its shape. They evacuated the debris area of Ground Zero and I stood with about 100 rescue workers and watched them pull part of the tower down. It was a somber moment hearing the metal creak back and forth until they finally brought it down. All in all a remarkable healing day….”

“I was a mix of emotions as I anticipated what my day might be: excited to be in a secured and forbidden site, guilty about my eagerness, desperate to be helpful in an all too helpless situation, apprehensive about meeting the physical challenges of the day, and sobered by the realities of the events that had taken place. One day before Yom Kippur the words “who shall live and who shall die” would haunt me for the entire 12-hour shift. I was amazed and impressed with the team of BJ volunteers and how quickly and positively we became a cohesive group. I remember with pride changing sheets and pillowcases on cots and placing chocolates on them with two coworkers. We all had a look of pride when one of the police officers picked up the candy and said “nice touch” and then laid his head down on our fresh linens. I was moved when in assembly line fashion we handed boxes one to another and cleared out the hundreds of supplies from the back of the church. I felt the impact of community and tikkun olam and was thankful to have the opportunity to be with this amazing group of people and to have had the chance to serve. Our day began with each of us bringing our own agendas and emotions and moved through serving lunch and dinner, changing linens, moving boxes, distributing water, chocolates, and phone cards. There were shared laughs over the hopes of “meeting a fireman,” tears when reminded of “why we were here” and a strong feeling of community as egos were abandoned and directions followed. We helped each other and the rescuers and strengthened our ties as a society.”

“It felt like the right thing to do on the eve of Kol Nidre; BJ responding in some small way to the madness that had befallen us here in NYC and in Washington, DC. As soon as we arrived at St. Paul’s Chapel – now referred to as “The Little Church That Stood” – for the second shift we were given our various tasks that seemed so minute next to the one facing the men and women we were there to serve. The setting outside appeared so surreal as the morning light rose from behind the remaining structures. Nature, quietly and on schedule, making its own statement regardless of what we would do as human beings to our planet. During the night we were escorted to Ground Zero. I had been to Hiroshima and Nagasaki and more recently to Kosova where there were kilometers and kilometers of devastation, but somehow this contained area of destruction looked like nothing I had witnessed over there. This was Babi Yar. A mass burial ground. Roly called it makom kadosh, a holy place. I knew I was looking squarely in the eyes of a nightmare, and that when I would wake from it only the dust gathered on my shoes would be proof that it was – unfortunately – not a dream.”

“In the consecrated WTC space, I encountered, experienced, felt, and witnessed the holy but fractured intersection of extreme grace, courage and human kindness and the manifestation of unimaginable, epic and heinous evil. Like most others, I have been shaken to my core by the immense tragedy of the disintegration and loss of some 6,500 human souls and the horrific destruction of life as it once was for the loving and bereaved surviving families, friends and communities of those who perished as well as for the heroic rescuers. Quite frankly, I have still not been able to loosen the tethers of intense personal pain and despair that envelop me when I think about and allow myself to viscerally feel the loss and meaning of all those souls that temporarily continue to dwell and inhabit that sacred place and area. As one of the food servers, (my dish was string beans), I made eye contact and authentically thanked each and every rescuer for doing the work that they were doing. The universal common denominator for virtually every single one of them was his or her grace and identical refrain. Each and all of those special people stopped in their tracks, appeared to happily acknowledge my personal thank you to them and each looked directly back at us and genuinely thanked us for our help and support.”