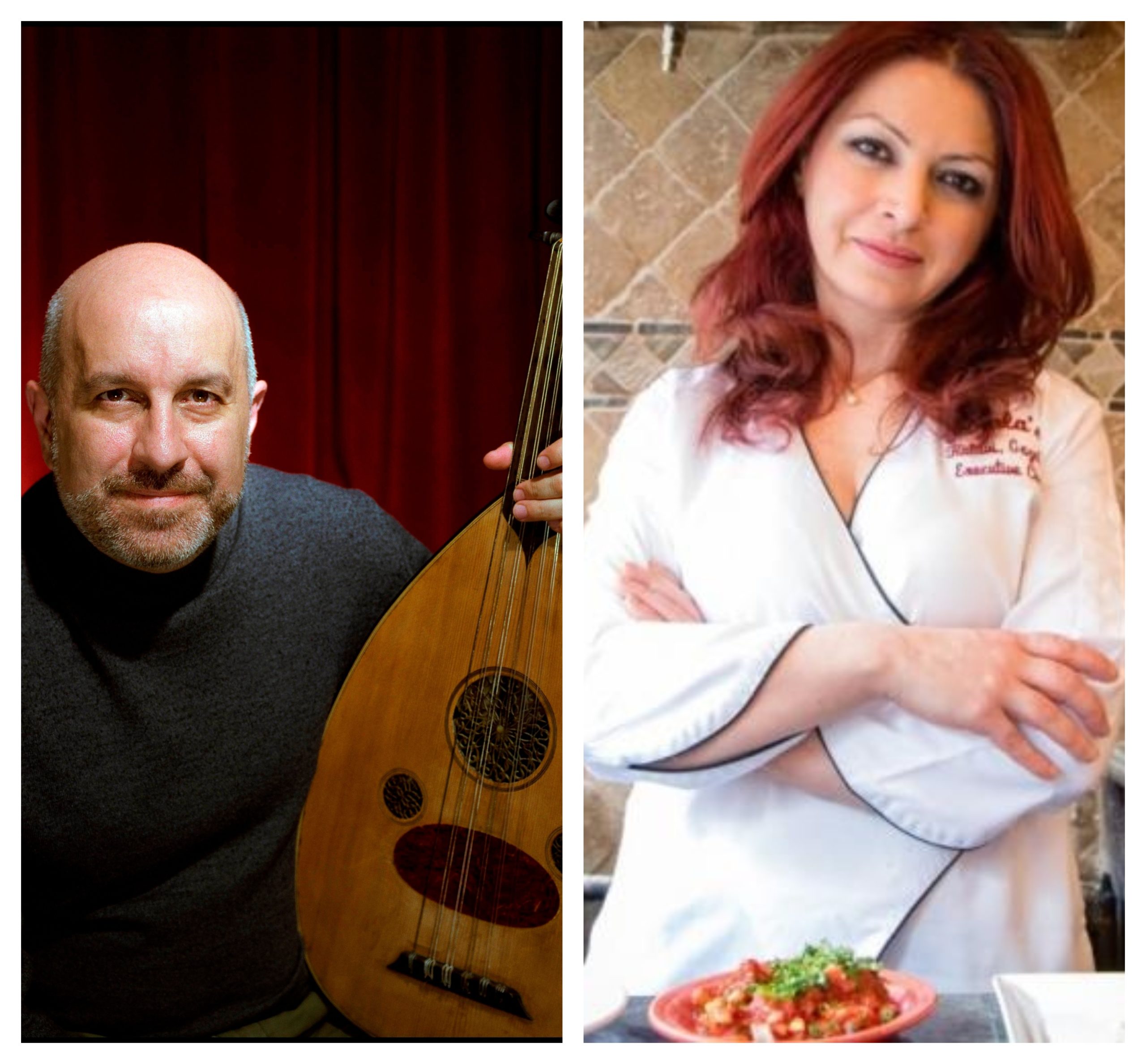 Explore different aspects of race in Israel through a series of intimate gatherings. We will enjoy a musical performance by Armenian composer/multi-instrumentalist Ara Dinkjian, followed by a conversation with Gazala Halabi, an Israeli Druz chef and resturaunt owner based in NYC.

Gazala Halabi is a renowned Druze chef and restaurant owner from Daliat el-Carmel. She moved to New York in 2001, beginning her cooking career in 2005 with a successful catering business she started from her home. She currently owns two restaurants: Gazala’s, which first opened in 2007, and an additional location on the Upper West Side. Gazala is one of the only female Druze chefs in the country, and uses her food to celebrate her Israeli and Druze culinary heritage with American restaurant-goers. She has received critical acclaim and her food has been featured on the cover of the New York Times, Time Out, Eater, Daily News, and Food and Wine.

Ara Dinkjian was born in New Jersey in 1958. He graduated from Hartt College of Music, earning the country’s first and only special degree in the oud (ancient Middle Eastern fretless lute). His groundbreaking and highly influential group Night Ark recorded four CDs for RCA/BMG and PolyGram/Universal. He has performed in 24 countries throughout the Americas, Europe, the Middle East, and Asia. His compositions have been recorded by renowned musicians and singers in 16 different languages. Dinkjian’s composition Homecoming (Dinata, Dinata) was performed at the closing ceremonies of the 2004 Athens Olympics. His recent CDs include An Armenian In America and Peace On Earth (recorded live at the Jerusalem International Oud Festival), Soundscapes and Three Of Us (recorded with his group The Secret Trio), Conversations With Manol (a solo oud recording), Finding Songs (featuring 12 new compositions performed by the Ara Dinkian Quartet), and Truth & Hope (dedicated to the centennial anniversary of the Armenian Genocide).

Location given upon registration