As If It Were Yesterday Film Screening and Q&A 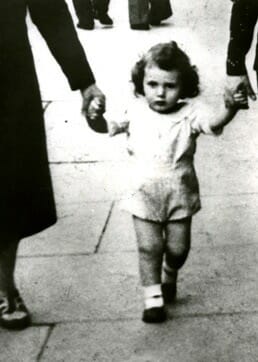 To honor acts of loving-kindness and to mark the film’s 40th anniversary, BJ presents the award-winning documentary film, As If It Were Yesterday/Comme Si C’etait Hier (1980) by Myriam Abramowicz and Esther Hoffenberg.

There will be a Q&A with Myriam Abramowicz, led by Professor Lenore Weitzman. As If It Were Yesterday documents the little-known courage of the Belgian people who, during the Nazi occupation of Belgium, hid and placed over 4,000 Jewish children, saving them from arrest, deportation, and extermination. Individuals and government agencies mobilized around this purpose and in so doing became ‘outlaws’ themselves. The film inspired the creation of the Hidden Child Foundation (1991).

An important work of art…

A beautiful film, rigorous and free of pathos.

It is good to learn that people can be so good at moments when people are so bad.

This film suggest the glimmer of hope to be found within horrific circumstances, and applauds the modest heroes and heroines by whose grace the filmmakers are alive today.