A Conversation with Jeremy Borison: Queer and Jewish Representation in Media

Aviv is excited to invite the entire BJ community to a drive deeper this Pride month through a conversation with Rabbinic Fellow Grace Gleason and Jeremy Borison about Queer Jewish representation in media. 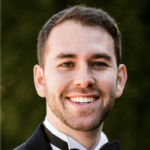 Jeremy Borison is a director and writer originally from Cleveland, Ohio now based in Los Angeles. After working as an assistant on shows at Fox, MTV, and Showtime and as an Associate Producer and Assistant Director on commercials and music videos for artists such as Chvrches, Ty Dolla $ign, and Tritonal, Jeremy began working as a Director for music and dance videos for local artists in Los Angeles, as well as directing narrative films that explore his duality as both a religious and queer filmmaker. Jeremy has participated in various programs that explore art and religious identities, as an Asylum Arts Fellow, a writer for JerusalemU, and a participant of the Start South art therapy program in S’derot. He is currently in pre-production for his new film, Unspoken, which follows the story of a closeted teenager in a religious community who discovers a love letter from before the Holocaust, written to his grandfather by another man. 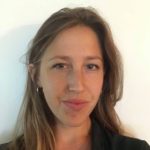 Grace Gleason is a fourth-year rabbinical student at the Jewish Theological Seminary. Prior to rabbinical school, she pursued her love of Talmud at SVARA: A Traditionally Radical Yeshiva, Yeshivat Hadar, and the Pardes Institute of Jewish Studies. She served in many settings as a teacher and prayer leader, including as a fellow at Mishkan Chicago. Originally from Chicago, she completed her B.A. in interdisciplinary studies at the University of Chicago in 2014.