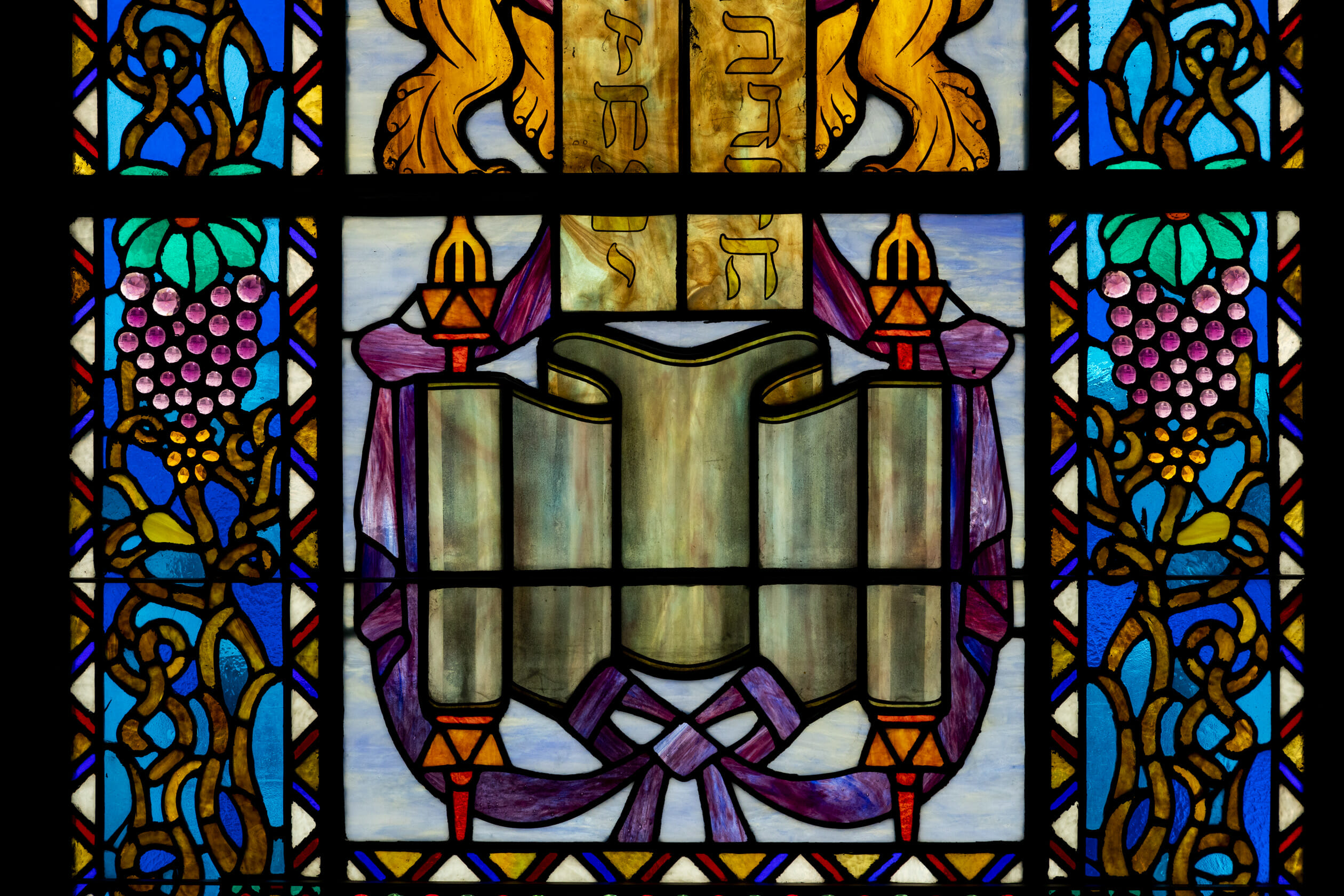 My bar mitzvah parashah is Aharei Mot, “After the Death.”

It takes place right after the death of Nadav and Avihu, Aaron’s two sons, who were killed by God after acting inappropriately in God’s presence.

This parashah contains the rules and rituals for the annual ceremony where the High Priest asks God for forgiveness for the entire community to cleanse them of their sins. The ceremony described in the parashah evolves and eventually becomes our Yom Kippur tradition.

A lot happens here. Nadav and Avihu don’t appear in this parashah as they just died in the previous one, but the title of the parashah and the first pasuk are entirely about them. When they went to the place where they are supposed to perform the ceremony, where God was, where they would sacrifice an animal, they sinned, and they died. They didn’t have a chance to repent and be forgiven, they could not cast their sins into the wild, apologize and move on. They were struck by lightning and burned. Why? What did they do? The Torah isn’t clear on this. They did something wrong in the presence of God. They probably told a dirty joke or something, and God didn’t get it. Either way, they messed up, and they died.

Why is the  parashah called “After The Death,” and why is their death adjacent to the part of the Torah that is focused on the Yom Kippur ritual? I think this is done so God could impart the importance and gravity of this annual Yom Kippur rite by creating fear and drama through the killing of Nadav and Avihu to make sure it is taken seriously by the Israelites. As I will describe later, drama is a big part of what Yom Kippur and the rituals are all about. But I won’t describe it yet. We still have a lot of background to go through.

Let’s focus on the concept of the scapegoat. The term “scapegoat” is derived from this parashah in the Torah. The  parashah describes a ritual where the high priest takes two goats and by lottery and designates each of them for very different fates. The first is the pure goat and gets sacrificed to go to God. The second goat gets the weight of all the sins of the Jewish people and gets sent off to the wilderness which is called, “Azazel.” What I find especially ironic is that instead of the “sinful” goat being killed, the “pure” goat is. But what is “Azazel?” This is the only time this word is used in the entire Torah. The modern translation of Azazel, which I know from my Israeli cousins is hell as in the Hebrew term, “Lekh le Azazel” or “Go to Hell!” But what does the Torah mean by Azazel? Rashi says Azazel is a big mountain that the goat would go to. The commentator Ibn Ezra speculated that the goat was sent into the wild, to an unstable area and is then hunted and pushed off a cliff by the Israelites. Later commentators have said

Azazel is a demon, or the devil.

I think that Azazel is just supposed to mean somewhere else, away from us, sending the sins away. More specifically, somewhere evil. Somewhere from which the sins won’t return to you. Where the sins belong. Away from here, in an evil place, where you can rest easy knowing that your sins are gone. Gone from this world, and gone from existence. Rabbi Eliezer said the goat was sent directly to hell. If you compare the three opinions of what Azazel is, they are actually very similar. The goat is falling, or descending as Ibn Ezra said, off the mountain that Rashi mentioned into the pits of hell mentioned by Rav Eliezer, where it will suffer. The thing that these theories also have in common is that none of the goat’s destinations are anywhere near the Israelites. Either dead or not, that goat, and the sins that goat holds, will never come back.

It all ties back to a theme of suffering for the actions you regret. The sins the Israelites couldn’t bear to handle, that brought them shame and misery, were transferred into the scapegoat and he suffered. The goat suffered for the sins he carried with him, sins that he lived with and was now responsible for. The pure one had no suffering, dying a quick death to ascend to heaven, while the sinful goat had the shame of all the regrettable actions of the Israelites and went to hell, maybe even to relive the shame. The sinner wandered the earth until its death, thinking about others’ memories that would embarrass them when they are trying to fall asleep,

For instance, like when your older brother was in a play and you, 4 years old, ran onto the stage and started imitating everyone up there thinking you knew what was going on. Or maybe that time when you were a toddler and you kept asking your older brother to help you with the Harry Potter Lego video game while he and your father are reading the actual books together. Yes, those are things that I did when I was little. And yes, my older brother, Zachary, put up with all of that. Thank you, Z. You see how much I have to be embarrassed about? But now, I’ve said it, I’ve released the guilt, and I learned proper manners. Maybe I don’t need a second goat, publicly admitting my sins is the same concept.

My point here is that it’s important to admit when you are wrong so you can move on. This exercise with the goats was an important and dramatic move to free the Israelites from their sins so they could move on and capture the land of Canan. And, with their frustrations gone, the Israelites can go on living their best happiest lives. An article I read by Rabbi Jonathan Sacks described sin as a sickness, showering and cleaning yourself to expel your suffering.

Your sins are your sins. But the theatrics of Yom Kippur make it feel more believable. It makes you feel like your sins are released. In the book Sapiens, by Yuval Harari, he talks about what separates homo sapiens from all other human species: the creation of myth and story. He said that the belief in a god is reassuring to people, whether one really exists or not. The belief in the supernatural means anything can happen, including expelling your sins while still learning from them. People need to believe, regardless of whether it’s true or not, that they are free from the shackles of past mistakes, and when they make new ones, they can learn to be better without bearing the weight of their regret.

In the end, your mood shapes your perception of reality. And your anxieties come to haunt you when you are in tough spots, making bad moments worse, and harder to break through. It makes sense logically. Happiness and happy memories work hand in hand. Bad memories and sorrow work hand in hand. If you live without shame by always doing good, you will live a good, happy life. The two priests fooled around in God’s presence and they suffered for it. So why not avoid shame and be happy? When you are happy, you are already living your best life.

I want you to imagine getting in trouble. It doesn’t matter what it is, but you are being yelled at, and you feel bad. This is what a lesson is, learning it because someone made you reflect on your actions. With a lesson comes acknowledgement, and with acknowledgement comes guilt. And with guilt comes suffering. And with suffering there comes the need to send your suffering, your guilt, away. Find a way to learn your lesson while still living happily. So, when Yom Kippur rolls around again, we should acknowledge our sins, learn from them, and then discard the suffering. That is what comes from the lesson of the scapegoat.

It is, of course, very different to be in this room in front of cameras and not people for my bar mitzvah. My manhood coming about in my dining room, even though it should be in a synagogue. But there is some extra meaning in having this ceremony in a place where I actually grew up. This isn’t how I imagined having a bar mitzvah, but it’s not tragic.

Social distancing hasn’t been easy, but it’s not been a total disaster for us. Being the introvert that I am, I’ve found a balance in loneliness. Recently, I learned to play a board game called Go. I’ve spent more time with my family than ever before, and I got to experience biking for the first time in a year and a half. Ok, let’s wrap this D’var up!

I’d like to thank my dad and Moshe for working on my parashah and D’var with me, my rabbis, Ari, Roly, and Joy, and my two bar mitzvah tutors, Rivka and Ronny, for helping me and pushing me to new new limits, learning new prayers, my mother for keeping me healthy and making sure I feel awake every morning by getting my alternative for coffee, hot chocolate, and my brothers for putting up with me when I’m annoying and spending time with me when we can. My friends for keeping me from going crazy from having no real contact to the outside world, and my cousins and other family for being in my life when I need you.