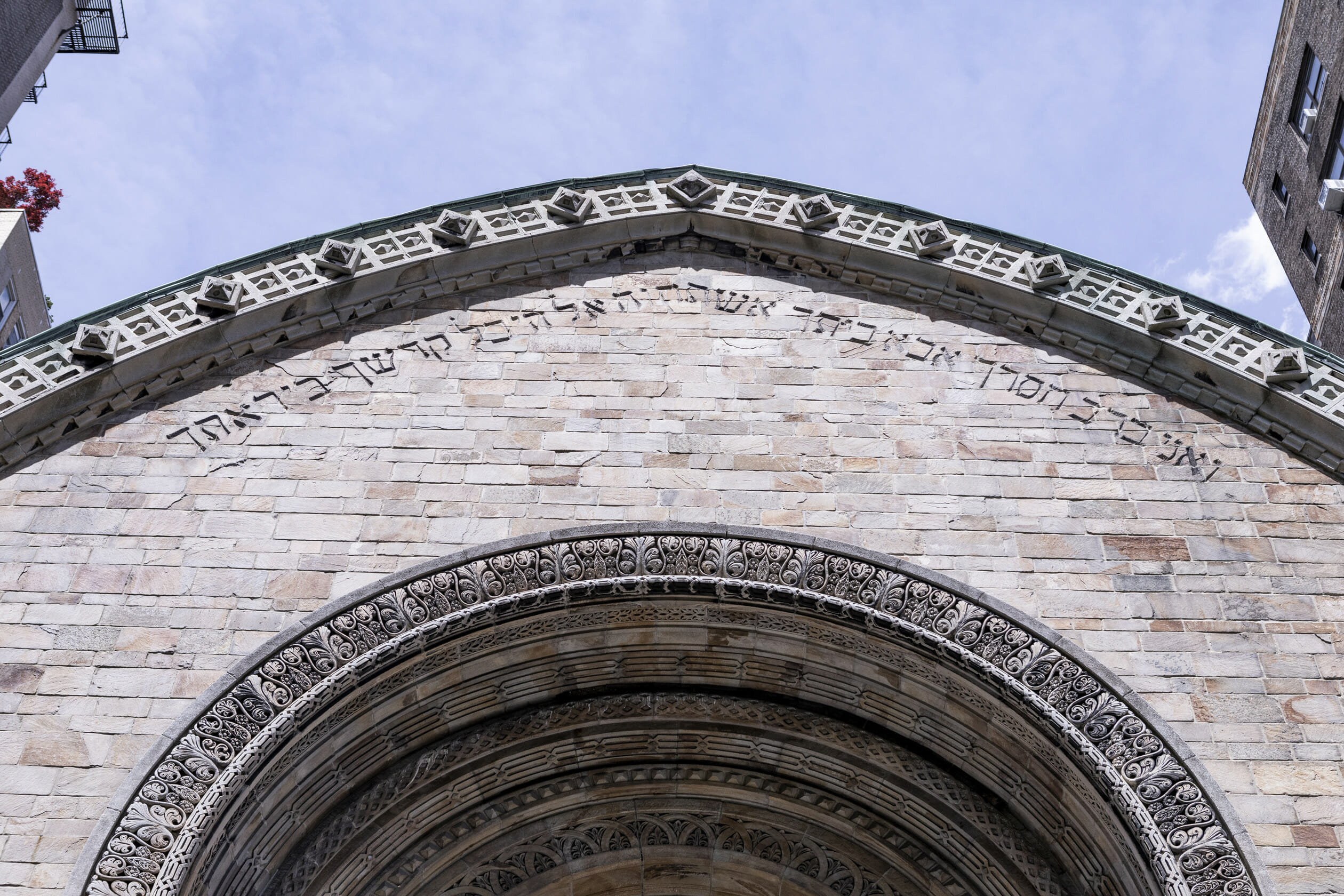 Since its founding in 1825, during the presidency of John Quincy Adams, Congregation B’nai Jeshurun has been a leading force in New York Jewry and has been closely involved in the civic and national communities. The 32 synagogue founders were a group of mostly Ashkenazic members of the Spanish-Portuguese Congregation Shearith Israel in Lower Manhattan. They wished to “promote the strict keeping of their faith,” to introduce “less formal worship with time set aside for explanations and instruction, without a permanent leader, and with no distinctions made among the members,” and to conduct services “according to German and Polish minhag.” The spirit that moved these founders was the spirit of the American Revolution: democracy, freedom, diversity, informality, and non-elitism.

The new congregation—the second in New York City and the ninth in the nation—began holding services in temporary facilities at 533 Pearl Street and then moved northward, with the general trend of the city’s Jewish population, to Elm Street, Greene Street, 34th Street, Madison Avenue and 64th Street, and then, in 1918, to its present home at 88th Street between Broadway and West End Avenue. The congregation flourished in its beautiful new space for more than 50 years under the leadership of Rabbi Israel Goldstein. This was a period when B’nai Jeshurun continued its outreach to the less fortunate in the city and supported the establishment of the State of Israel. The synagogue was a spiritual and social center for congregants. Dr. Chaim Weizmann spoke at BJ, as did Eleanor Roosevelt, Martin Luther King Jr., and Rabbi Abraham Joshua Heschel.

In the 1970s B’nai Jeshurun’s membership began to dwindle. That trend was reversed with the arrival of Rabbi Marshall T. Meyer from Buenos Aires in 1985. Setting up his “office” with a card table, a payphone, and a roll of quarters, Rabbi Meyer began attracting many people with his impassioned Judaism, blending social activism, spirited musical worship, and a vision of an open and inclusive community. The vision he articulated then remains the same: Congregation B’nai Jeshurun believes that a community synagogue that responds to the authentic questions of life, death, love, anxiety, longing, and the search for meaning can once again attract Jews—families and individuals—if it is willing to grapple with the great issues of life.

The following year, Rabbi J. Rolando Matalon, who had been a student of Marshall’s in Argentina, joined him in leading the congregation. Soon there were swelling crowds at Friday night services, alive with meaningful prayer, joy, and dancing. Ari Priven, another student of Marshall’s from Argentina, came to BJ in 1989 as Hazzan. In 1995, following Rabbi Meyer’s untimely death in 1993, Rabbi Marcelo Bronstein, yet another of his students, joined Rabbi Matalon in leading the congregation. In 2001, Rabbi Felicia Sol, who had been the Family and Youth Director and a Marshall T. Meyer Rabbinic Fellow, joined her teachers in their rabbinic partnership, becoming the congregation’s first woman rabbi. Under the leadership of the rabbis, hazzan, and numerous community leaders, a small, dying congregation with a proud history was transformed into a vibrant, inclusive, participatory community of over 1,800 households. The congregation’s vital history continues to be tied to its sacred space and to the visionary leadership of its leaders, with many new chapters to be written. 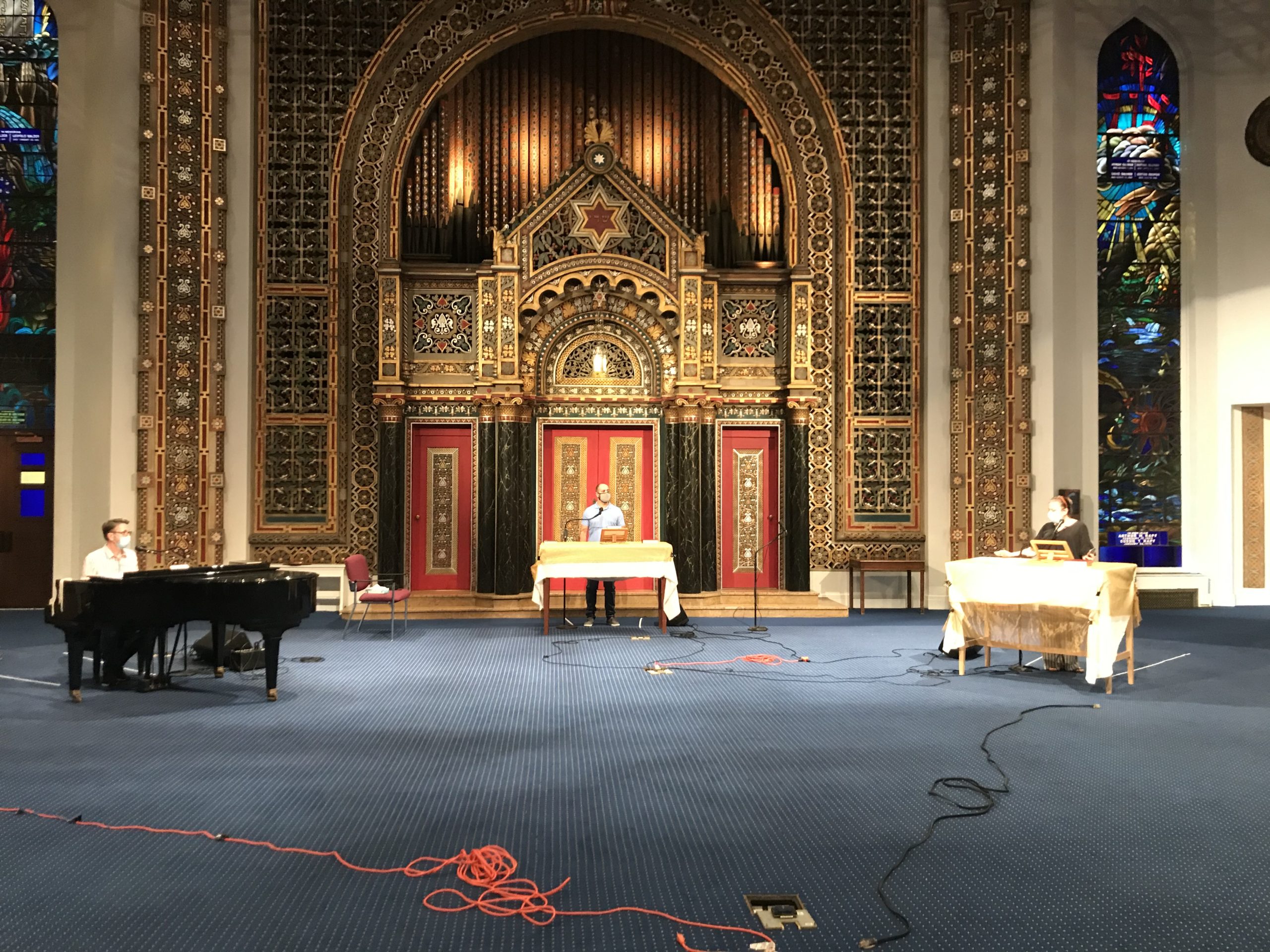