As we prepare to enter the High Holy Days, join us for an exploration of deep yearning and the possibility of redemption with Lisa R. Cohen’s 2011 documentary, Serving Life, followed by a conversation with the filmmaker.

After a short coffee break and reception, the evening will continue with Selihot at 10:45 PM.

Please note that registration is required for virtual access to the film screening.

Serving Life—the first OWN original documentary—goes inside Louisiana’s maximum security prison at Angola, where the average sentence is more than 90 years. With prison sentences so long, 85 percent of prisoners there will never again live in the outside world. Instead, they will grow old and die in Angola. Serving Life follows four new volunteers in Angola’s extraordinary hospice program where hardened criminals care for their dying fellow inmates. In doing so, they embark on a journey that may end in personal rehabilitation and redemption. 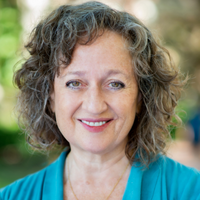 Lisa R. Cohen is the Director of Professional Prizes administering the duPont-Columbia Awards and the John Chancellor Awards for Excellence in Journalism. She spent 30 plus years as a network news producer (ABC and CBS News); author; documentary filmmaker; and adjunct professor. She is also currently a Masters Candidate in the Columbia University Graduate School of Arts and Science’s Oral History (OHMA) department.

At Columbia Journalism School, Cohen taught reporting, video production, and long-form narrative video classes for over a decade, while also directing/producing documentaries about hospice care at a maximum security prison for the OWN Doc Club and the inequities of cancer care in America for HBO. She also authored After Etan: The Missing Child Case that Held America Captive, which ushered in a profound change in child rearing in America. Cohen produced long-form stories and documentaries at ABC and CBS News for over two decades, producing such luminaries as Peter Jennings, Diane Sawyer, Sam Donaldson, Cynthia McFadden, etc.