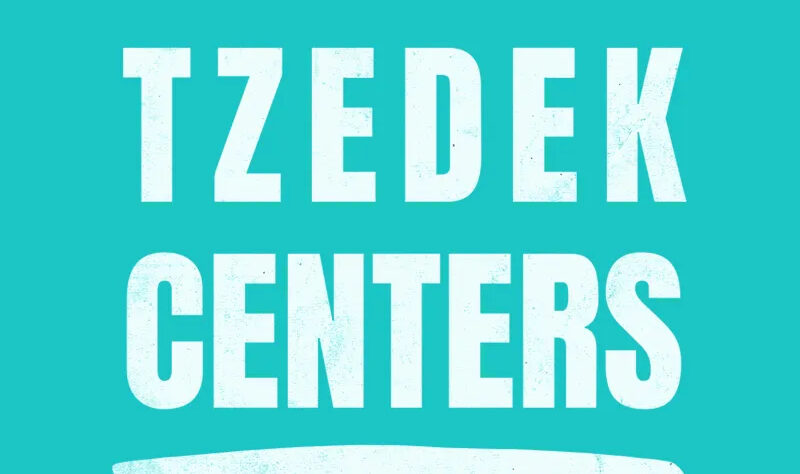 Kiddush Gathering With the Tzedek Centers

After Shabbat services, enjoy a community Kiddush on the Community House Rooftop, followed by a conversation with Amit Ben-Ami and Lev Littman of the Tzedek Centers and Ahlan Kasim Ali from Ajyal. Learn about these inspiring organizations, which work with Jewish and Palestinian citizens of Israel to promote civic engagement, equality, and peace. The leaders will speak about their joint initiative in the mixed cities in Israel and how they are working together towards coexistence.

Tzedek Centers is a national grassroots movement established in 2016 to promote democracy, equality and justice in the Israeli society. We do professional field work, community organizing and activist training, promoting local and national policy change concerning the dire issues of our society. Our seven centers operate in seven different cities and are home to thousands of activists—we have reached over 130,000 citizens who participated in 230 training programs, hundreds of community events, and many campaigns. We are Israeli citizens who believe democracy is much more than casting a ballot, and that control over our fate starts in resilient communities.

Ajyal is an Arab movement established in 2006, as a growing new young leadership in the Arab society of Israel, that calls for equality, solidarity and peace. An educational movement at its core, Ajyal today is a unique movement in its various ways to organize the community; maximize participation in the public sphere; and promote occupational and educational equality for young Palestinian citizens of Israel. The Ajyal youth movement has more than 35 branches with over 5,000 participants in various Arab cities and villages, such as Haifa, Lod, Sakhnin, Ramla, Rahat, Tamra, and many more. Over 400 graduates of Ajyal leadership programs take significant roles in their community, tying their personal paths with the common good of society.