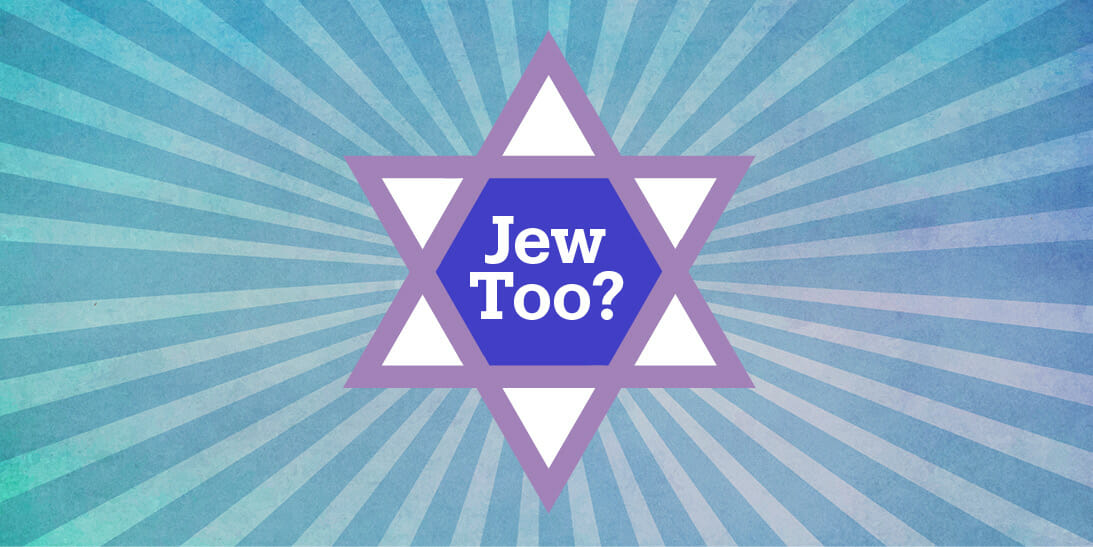 Join BJ and Lab/Shul for a series of live podcast recordings and lively conversations celebrating and exploring the growing diversity of the American Jewish family.

Jew Too? Tales of the Mixed Multitude is a podcast created and produced by Rabbi Emily Cohen, Lab/Shul’s Rabbinic Resident, in partnership with BJ’s Jewish Home Project. Now in its second season, Jew Too highlights the stories, struggles, and visions of the many faces of our community; including Jews of color, queer Jews, and those of us with interfaith and hybrid identities.

Y-LOVE (Yitz Jordan) is a rapper, speaker, and entrepreneur based in Brooklyn, NY. Y-Love  has made a name for himself as a hip-hop artist, multicultural educator, fashionista, technology guru, advertising whiz, activist for social change, and political pundit. When Y-Love released his first mixtape in 2005, the world took note of the first African-American Orthodox hip-hop artist. In 2012, with the single Focus on the Flair, Y-LOVE proudly proclaiming his sexuality to the world and showing that spirituality and gay identity can coexist, becoming the first rapper to come out of the closet mid-career. His EP See Me debuted as a “New and Noteworthy Release” on the front page of iTunes Hip Hop. Y-Love is leading a new era of “universal hip-hop”—where global social consciousness combines with pounding rhythms and empowering messages for all of humanity.