An Economist Reads the Bible

The biblical practice of shemita (sabbatical year) includes mandates to cancel outstanding debts between borrowers and lenders, and to relinquish personal ownership of land and its crop. How should we think about these mandates in the context of contemporary economics, wealth distribution, and philanthropy? Conversely, how might we assess the state of our global economy, and the world’s growing wealth gap in light of these mandates?

Join B’nai Jeshurun and Harvard Hillel for three unique events that bring leading thinkers into conversation with the ancient ideas of shemita and their potential application to our world today. When economics meets theology, interesting ideas emerge. Harvard professor Benjamin M. Friedman, author of Religion and the Rise of Capitalism, discusses the role of religion in the development of economic systems, and talks Torah with Rabbi Shuli Passow (BJ) and Rabbi Dani Passow (Harvard Hillel). 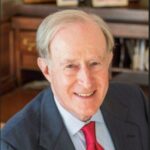 Benjamin M. Friedman is the William Joseph Maier Professor of Political Economy, and formerly Chairman of the Department of Economics, at Harvard University. He joined the Harvard faculty in 1972. Mr. Friedman’s newest book, to be published by Knopf in January 2021, is Religion and the Rise of Capitalism – a fundamental reassessment of the foundations of current-day economics, showing how religious thinking has shaped economic thinking ever since the beginnings of modern Western economics and how this influence continues to be relevant today especially in the United States. His two other general interest books have been The Moral Consequences of Economic Growth (Knopf) and Day of Reckoning: The Consequences of American Economic Policy Under Reagan and After (Random House).

This event is the first in a series of three. You can learn more about the second event here and the third event here. 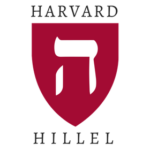