BJ in Brief: Shavuot, Reflections on the news, and more

The past few weeks in the U.S. have been distressing, as we’ve faced upsetting, sad, violent, and stressful news events. But even while we try to process our grief and fury, we cannot forget to fight for a better society.

We are not meant to hold so much stress and trauma—we must make space for ourselves to process and to grieve. I hope you find this latest BJ in Brief helpful for doing so, as you reflect on the words of our rabbis, our rabbinic fellows, and appreciate the positive things happening in our community.

“Life without Torah, without covenant, is not worth it. It’s not life.” 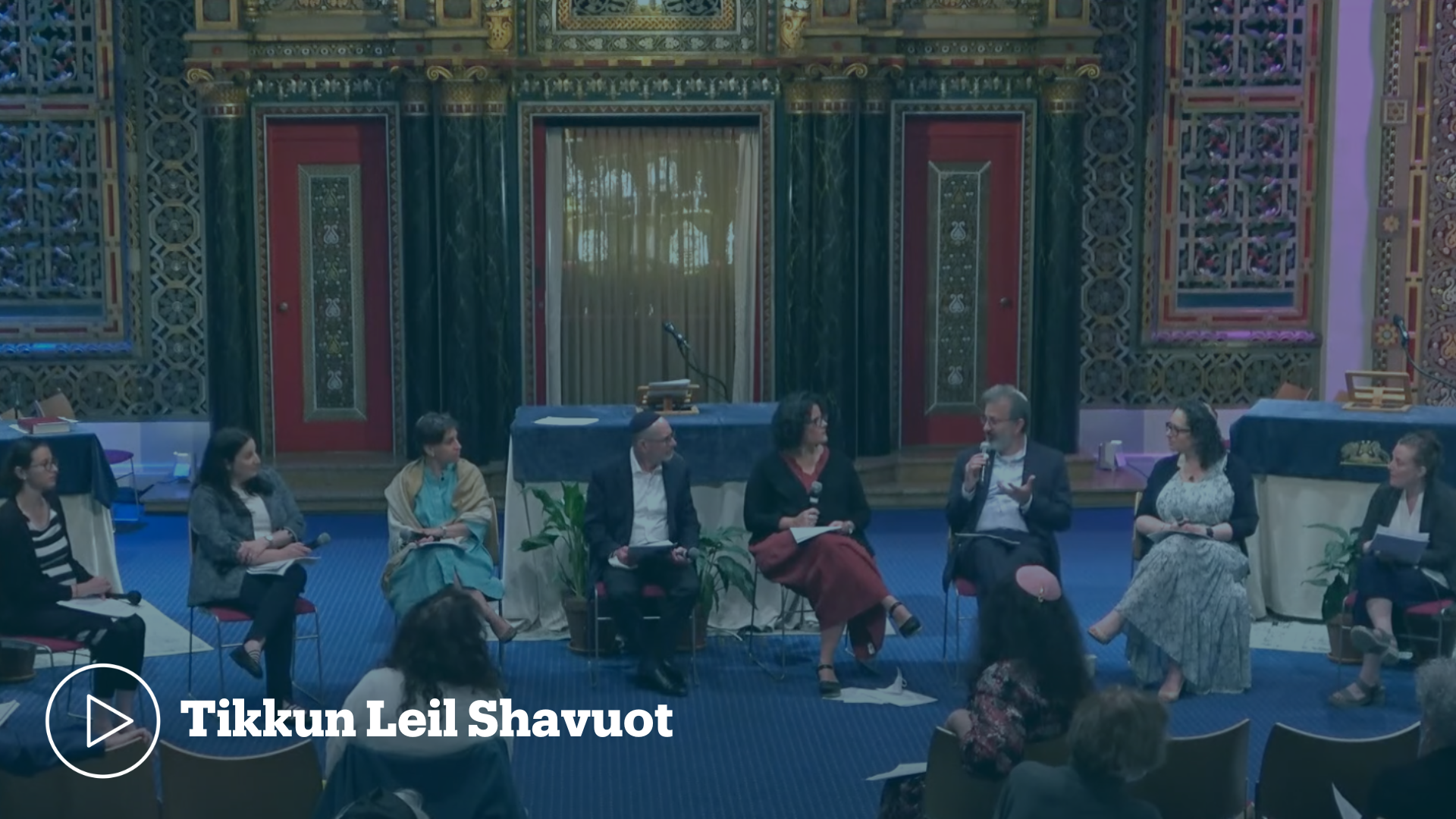 Tikkun Leil Shavuot began with a panel of rabbis in the BJ community*, focusing on what it means to be in covenant with one another. Rabbi Felicia Sol opened the discussion by explaining the theme of the night, reminding us of the importance of how community binds us together.

Throughout the night, the rabbis held spirited discussions about the role of community in Judaism, how fear both brings us together and holds us back, the differences between “camp” and “community,” and other insights from a rich diversity of Jewish texts.

“What does it mean to cultivate the type of relationships that will enable us to be willing to enter into covenant?”  – Rabbi Anne Ebersman

Rabbi Anne relayed a story about losing her temper while teaching, connecting it to the idea that covenants are created based on relationships. Listen here.

“Each of us can also have our own relationship with Torah even though it itself is one entity.”  – Rabbi Becca Weintraub

Becca expanded on the topic of how the Israelites heard the voice of God according to their own strengths, sharing her interpretation that we can discover the Torah based on our own particular perspectives and moments in time. Listen here.

“The beauty of being in community is recognizing that the community goes beyond yourself and even your little network.” 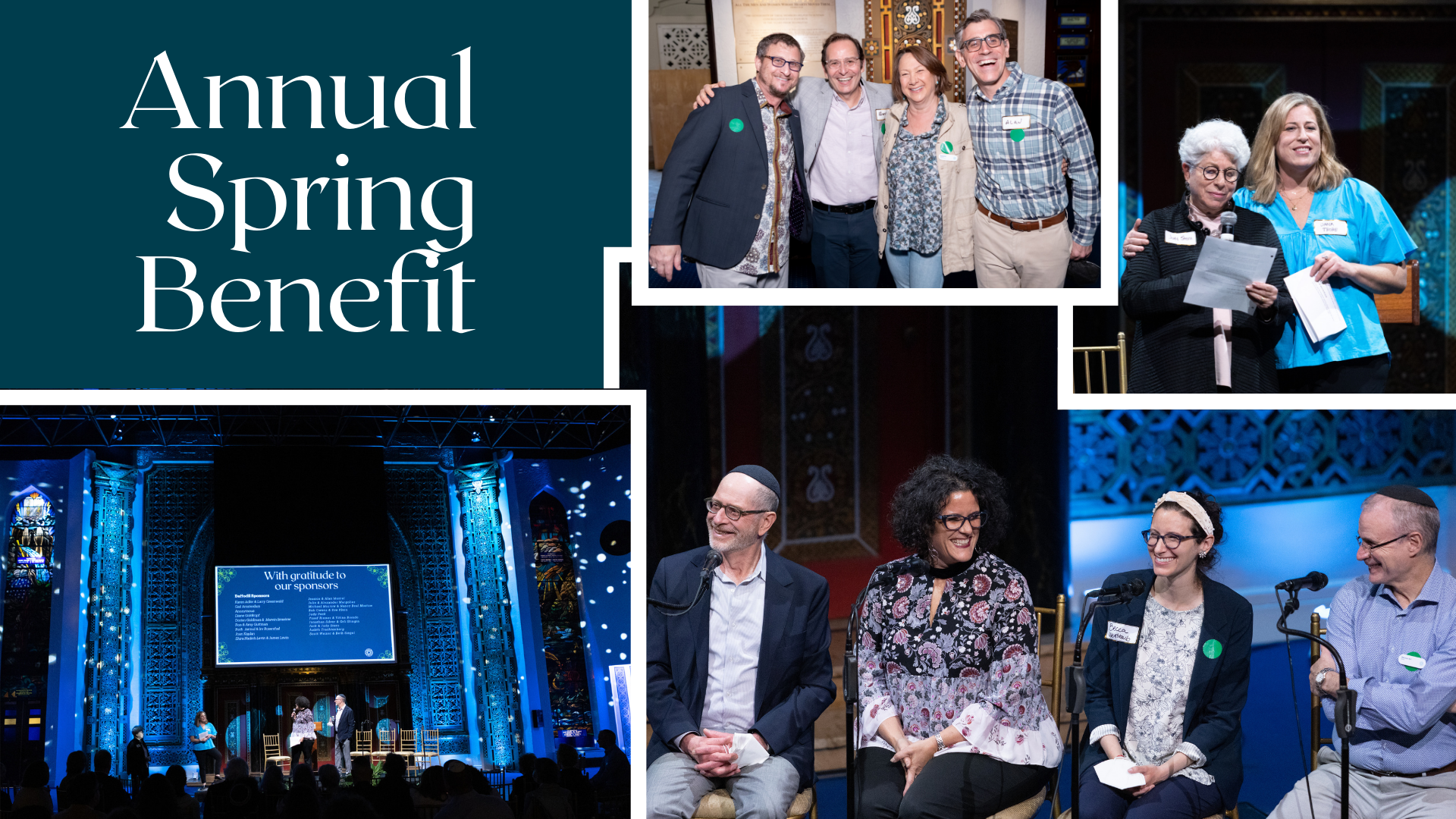 BJ’s spiritual leaders discussed their favorite Jewish geography stories and played Who Knows One? with host Micah Hart at the Annual Spring Benefit.

Listen to their stories here. 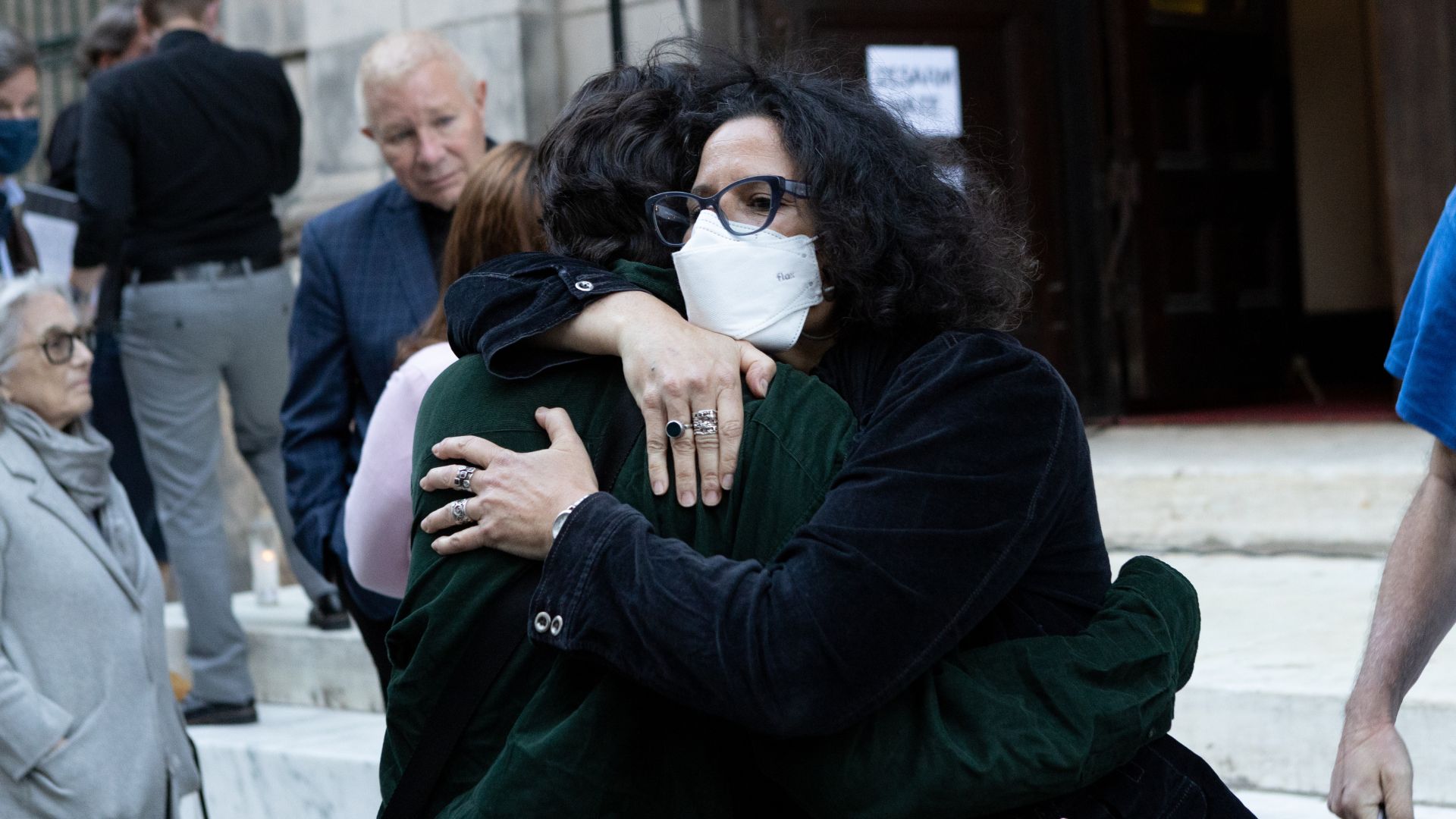 At an interfaith community vigil against gun violence, Roly spoke of our heartbreak and horror: “Now the blood of 19 children and [two] teachers cry out to God from the ground.…And they don’t just cry out, they point their fingers….Nineteen little fingers and [two] teachers’ fingers [point] to all of us for tolerating a violent society.”

After the shooting in Uvalde, Felicia wrote about her anguish in our weekly Toward Shabbat and questioned when and how we will stop our cycle of suffering.

“It is unfathomable to imagine getting kids ready for school in the morning, saying goodbye at drop off, to never return,” she said. “Not on the school bus, not at dismissal. It is unimaginable, though shockingly unsurprising. There is so much to say and at the same time there is nothing to say at all.”

“There’s little more infuriating than being dehumanized in a way you can’t control. In a way you never imagined in your own lifetime.” 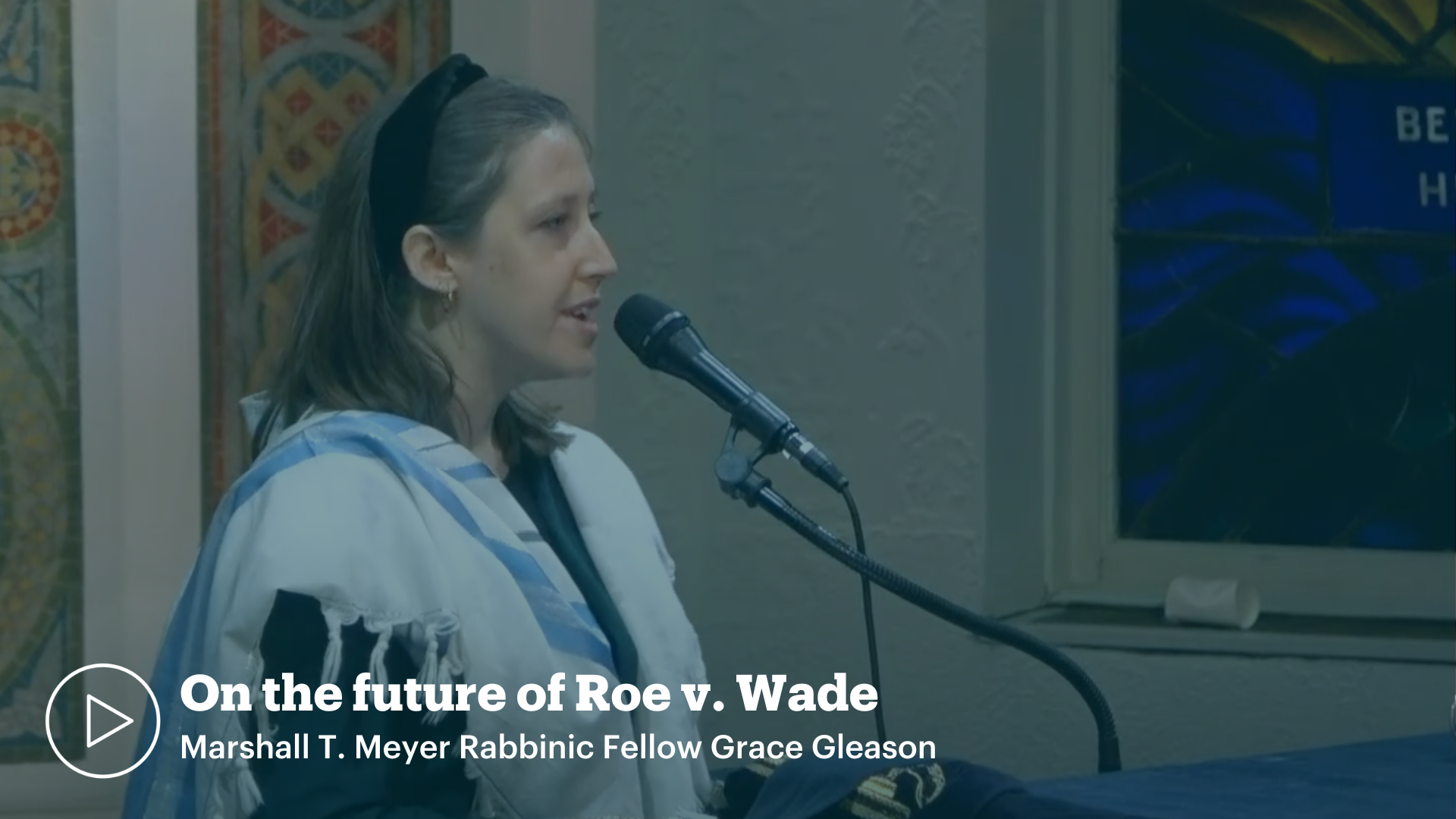 In a powerful D’var Torah on the Shabbat after news leaked about the potential Supreme Court ruling striking down Roe v. Wade, Marshall T. Meyer Rabbinic Fellow Grace Gleason condemned the possible decision. Her D’var Torah urged us to channel our anger in a way that considers our neighbors’ material needs rather than forcing upon them our own spiritual needs.

“There’s a big difference between loving your neighbor how you think they want to be loved and forcing your understanding of what you think is best onto another person, for whom it is hateful,” she said. “[And] many people making laws and interpreting laws are not the same people who have to bear the truly hateful consequences of those laws.”

In October, Felicia foreshadowed this moment—the likelihood of Roe v. Wade being struck down—and shared some of her personal story in her D’var Torah, explaining Judaism’s perspective on abortion and how they intertwined with her own experiences.

“As I sat in those waiting rooms, there was a hush and heaviness in the space; it was clear that inside each and every person next to me was a story, and grief that accompanied it,” she said. “I, too, had my own.” 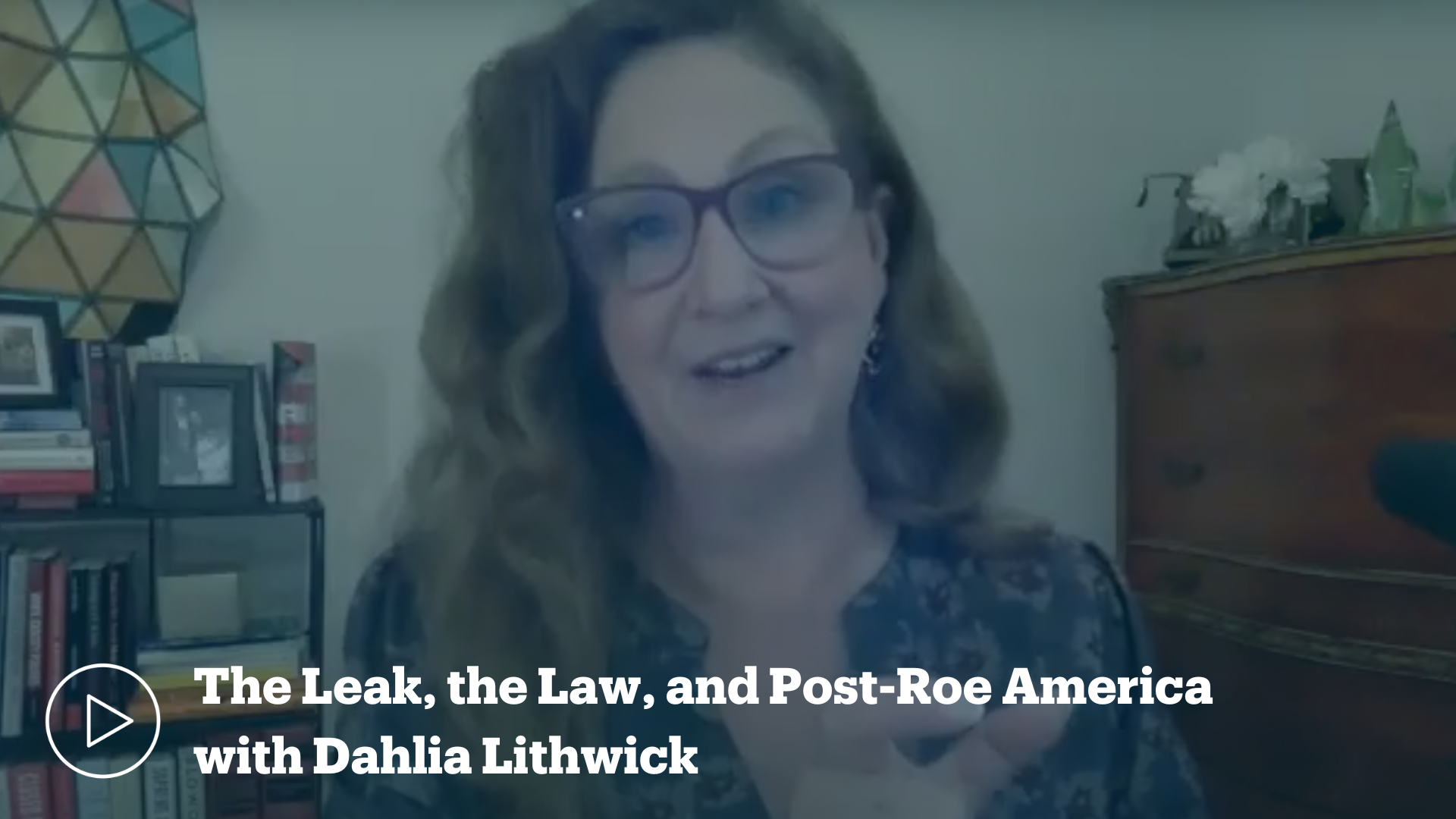 To learn more about the possible ruling and its ramifications, BJ hosted a conversation with Dahlia Lithwick, a lawyer and senior editor at Slate. In her comprehensive presentation, Dahlia reminded us that the consequences of striking down Roe v. Wade will affect more than one or two specific populations.

In wrapping up the conversation, Roly urged everyone to act in order to get voting rights protections restored. “We have to mobilize and we will mobilize…[we must] reclaim the vote in many other ways,” he said. “And we can’t now rest, we have to get ourselves to work—and so let’s step up and do the work.” 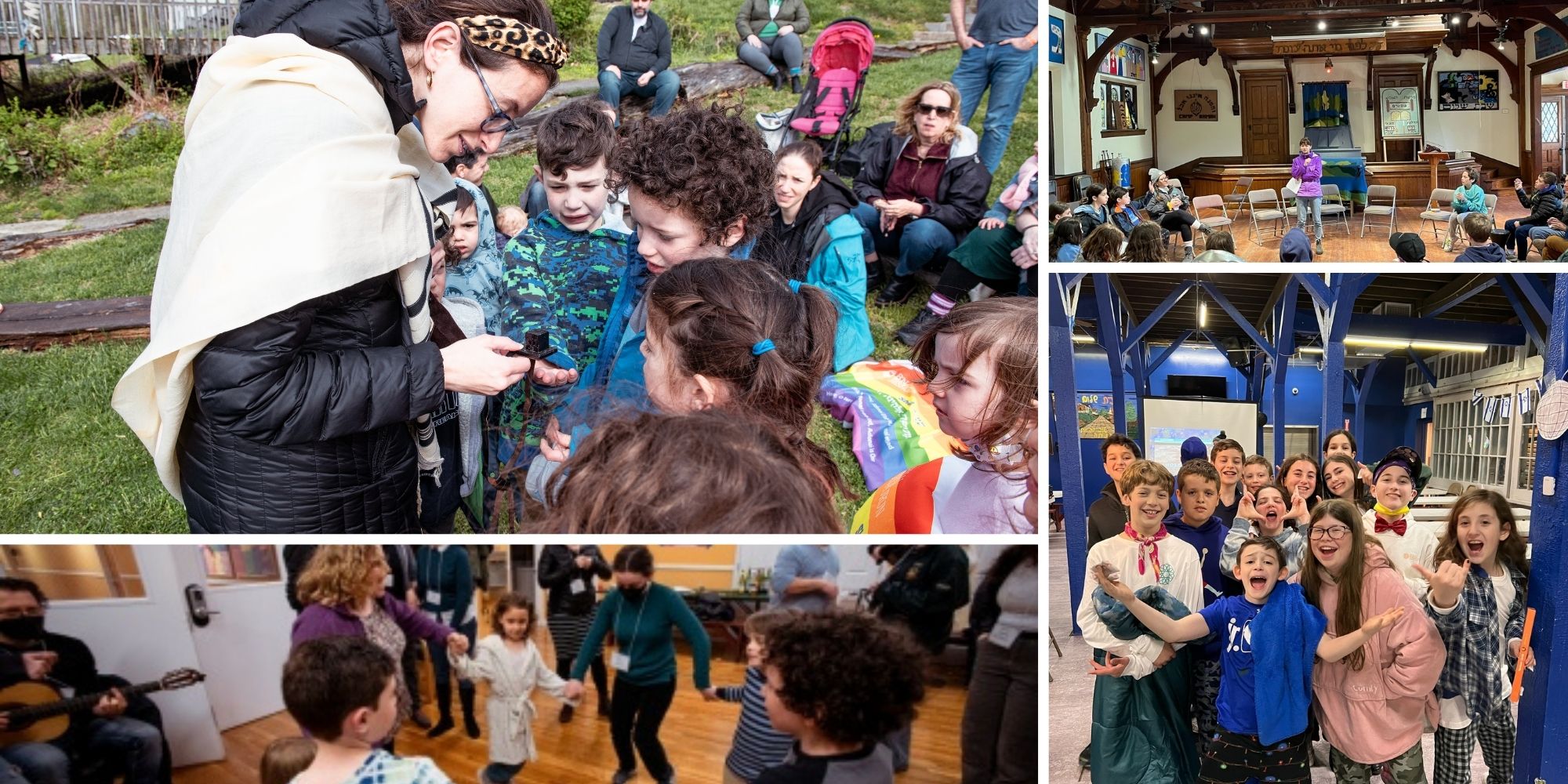 After two long years struggling to get community members together safely, BJ was thrilled to host two retreats at Ramah Nyack on the same weekend!

BJ 6th graders spent a wonderful community-building weekend together, full of spirited tefillah, art projects to contemplate their intentions for their B’nai Mitzvah, and of course blob tag and an untalent show. See photos from the retreat here.

At the Early Childhood Retreat, families played games, engaged in child-friendly tefillah, and even had a few adult conversations. Read more about the retreat and see photos here. 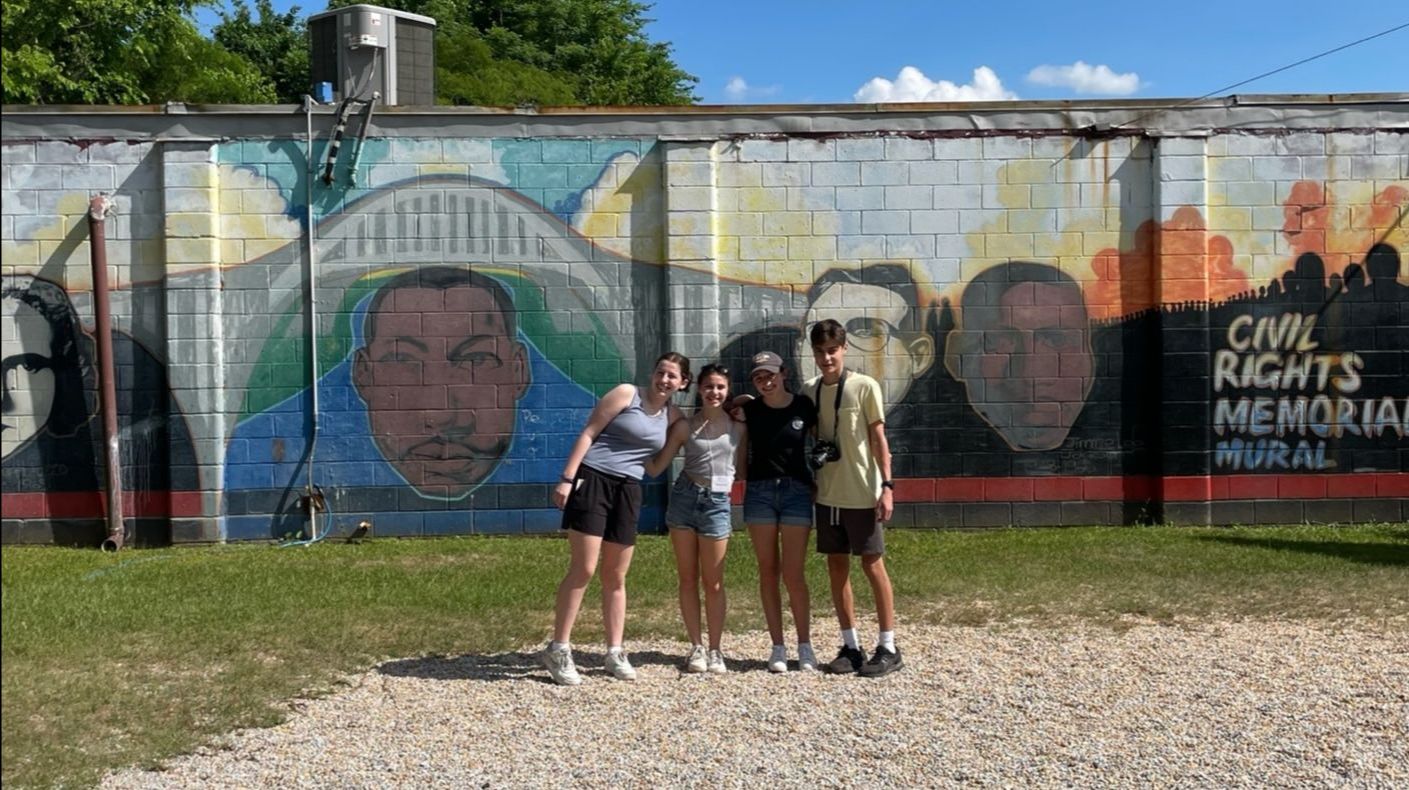 History came alive for 28 9th- and 10th-grade BJ teens as they traveled to Alabama for BJ’s Civil Rights Journey to the South. On the trip, teens walked the streets of Civil Rights leaders and supporters and gained a new perspective of our country’s history. Read BJ Teen Noa Greene-Houvras’s reflection on the trip and see photos here. 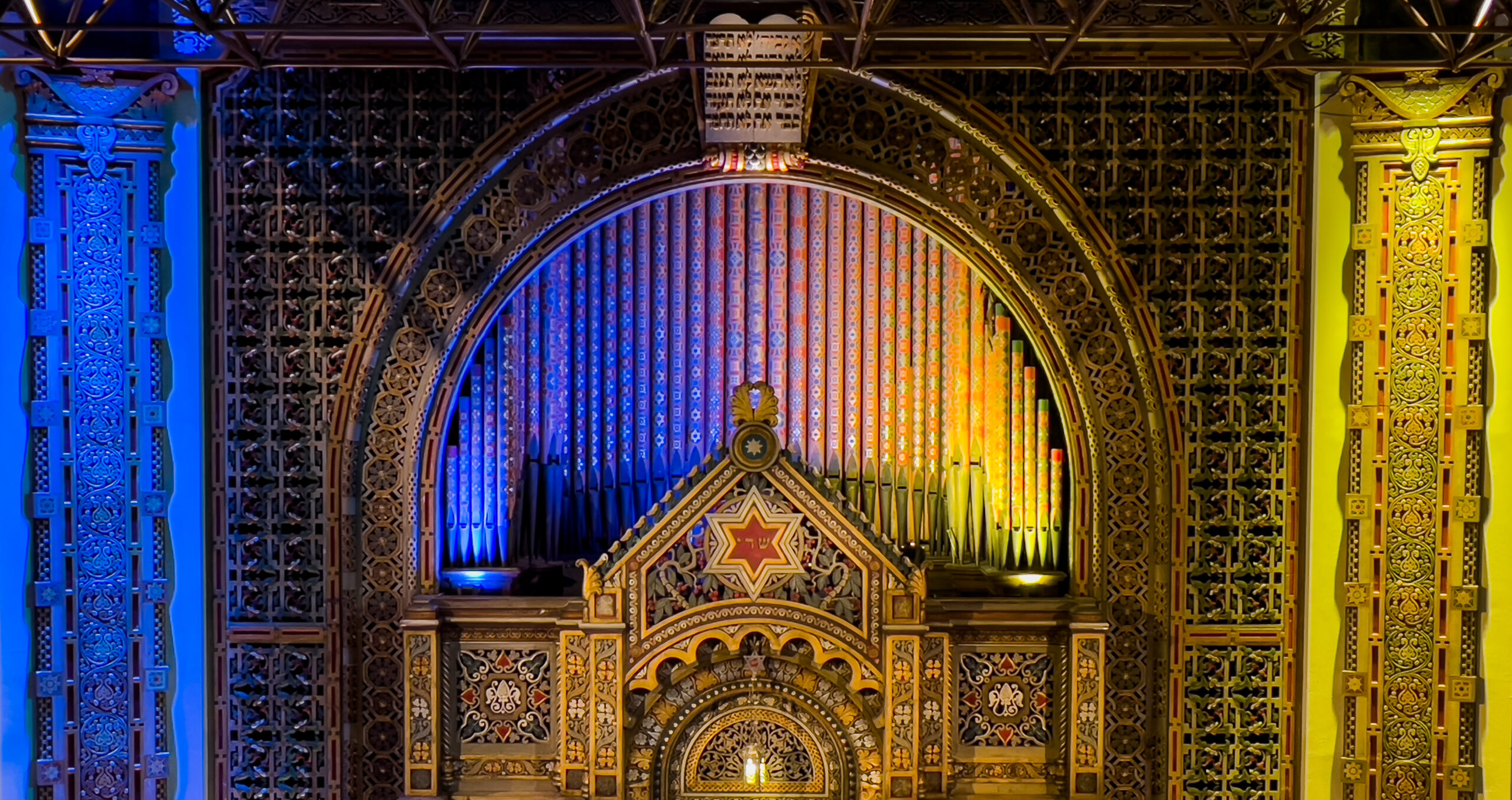 BJ in Brief: Shavuot, Reflections on the news, and more

BJ in Brief: On Ukraine, Our Teen Trip, the Diversity of Jews, and More

Given the tragic events unfolding around the world while so much is happening at BJ, we ...
Learn More 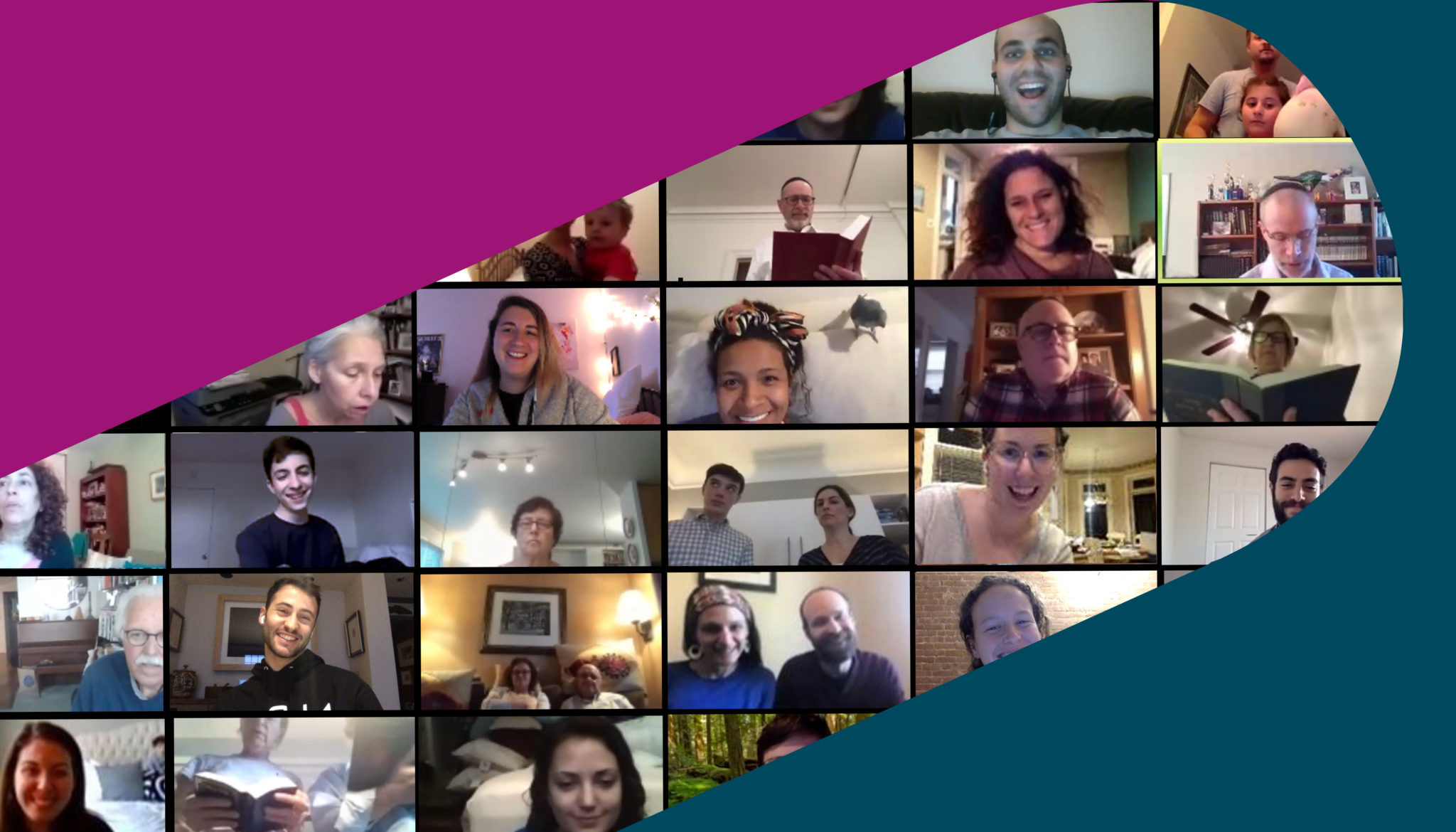 As part of the newly expanded communications team, the Digital Communications Associate will help with ...
Learn More